There are a lot of dumb things in Buffalo and these are five of them from the past week. 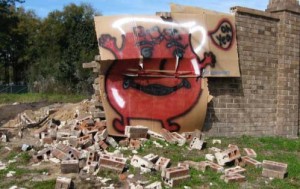 5. Hitting People With Your Car

Are we this bad at even the most mundane of American tasks?  It’s a person!  You can’t mistake it!  Stop hitting people with your cars!

Look everyone, the schools in high income earning areas did the best! This makes it so much easier to get your kids into good schools – just make loads of money!  Thanks, teammates!

Oh good, the part of the year where everyone gets hurt for no good reason.  I understand that football has been needlessly complicated by those who organize it, but that doesn’t mean I have to hear about it.  Can’t be that important if you haven’t made the playoffs since before we could all go to the airport without freaking out.  You could still miss the playoffs and not waste our time with this.

2. Lawsuits O’Plenty At The Peace Bridge

Forget it.  Just fill the river with concrete already. Pittsburgh has forty bridges over three rivers and we can’t even get one built.  We’re the worst.

1. Paying For Information On The Internet

It is pretty awesome that the greatest invention for the communication of ideas in the history of the world – the Internet – is considered to be the enemy of people whose sole job it is to spread information.

I know The Buffalo News probably has good reasons for setting up a paywall (and it is a paywall, because I have to pay to get through the wall you’ve put up around your content) but I can still just go to the t.v. and radio news stations’ websites for free.  And they steal your stories for their newscasts anyway so its like I’m still reading your stuff!  Cute idea though.

Correction: In a previous update, Trending Buffalo reported that The Defenseman was a set designer for the movie WarGames. In fact he writes for the Dear God, Why Us? blog. You may follow him on Twitter by searching @TheDefenseman. Trending Buffalo regrets the error.