This is absurd. We’ve all gone through the food truck shenanigans already. 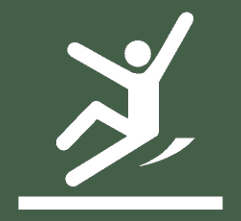 New Idea From Tucker Curtin For Food Trucks: Close Them

This has become absurd.

We’ve all gone through the food truck shenanigans already. Well it’s that time of year where regulations on how to manage and license such trucks in the city of Buffalo get renewed. Do we raise or lower the cost of a license? Do we grant them more freedom of movement or crush them under our boot heels?

I’m not quite in the mood to rehash all the old battle lines from before when we originally debated how much food trucks operating in our fair city would constitute a threat to all human civilization. It is worth pointing out a few of the developments.

There is a meeting at city hall (CITY HALL!) today to decide on how to proceed with these taco totin’ motion machines. One guy has an idea.

Tucker Curtin owns both The Steer and The Lake Effect Diner on Main Street. He doesn’t like food trucks. One of his proposals (via Buffalo News reporter Jill Terreri):

“prohibiting the trucks from operating within 100 feet from any private property containing “commercial or residential dwellings” without permission from the owner or tenants.”

If you are going to ask these trucks to operate in an urban setting – where there is density simply by design – asking permission of everyone within 100 feet of where you stop is ludicrous. It would make it essentially impossible for the trucks to survive. This is exactly what Curtin is up to.

Also, I think you surrender the right to this kind of decision making when you live inside of, you know, a dynamic urban environment. It’s a city. If you can’t handle a food truck showing up on your block without pissing yourself, maybe big city life isn’t for you, Tex.

But this has nothing to do with quality of life and everything to do with competition. Food trucks have attracted interest from folks from all around WNY not just because they sell standard diner fair but because many of them sell things that have a unique flair – bonus for being quick and on the cheap and available during lunch hours.

What I don’t get is why there is so much resistance in a town that clearly loves its food. Look we all fat, dawg. That’s truth. We will put food into our mouths as we please when we please and ain’t anyone going to tell us different! There is room in this town for both mediocre themed restaurants AND food trucks selling Asian/Polish fusion food. We will eat it.

If there is one thing that I could say to these people having conniptions about food trucks, it is this: we will eat everything.

You could also try starting a food truck, too.