Remember those 90’s Super Bowl parties that we all had when the Bills were in the Big Dance? I bet you all have some embarrassing photos involving a lot of mullets, Zubaz, and Starter jackets.

Someone should procure these pictures from you and put them in an article. (I’m looking at you, Steve Cichon.) Therapeutically laughing at each other in this city, especially during Super Bowl week(s)? Smart. 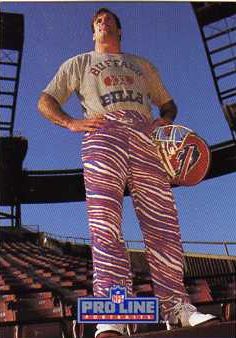 Hashtags are dumb, right? They are the newest Decline of the English Language. They’re improperly overused all the time, or just plain irritating – see: #twerk #yolo #selfie #look #my #cat #is #sooooo #cute. Jimmy Fallon and Justin Timberlake let us know how crazy the whole idea of hashtags in a conversation sound.

But when used in the right way, hashtags work. They function to pull the sprawling thoughts and chatter of social media together – and in Buffalo, they’ve been making a difference. Hashtags have helped small businesses here. They’ve brought attention to some of our important causes. They’ve even helped influence how people in the nation view us.

Here’s a sampling of some of our favorite Buffalo hashtags getting work done for the Queen City right now.

You might recall how #Buffalove appeared in the Washington Post’s “The List: 2014” as one of the national trends that are “in” for the new year. Meanwhile, #BillsMafia has been all over the sports media, and became a badge proudly adopted by the Bills players themselves.

These are just simple hashtags – but these simple things get us press. Positive press. For a city so often lost in a deluge of negative national banter, we need all the good we can get. Positive press is power. It’s clout. It gets people to notice us, in a good way.

Sure, we like to furrow our brows and stand our ground together here. We tell each other things like how our city is a “best kept secret/let’s keep it to ourselves/more for us.” And oh, how we love to self-deprecate. We’re among the best in that unofficial national category, with hashtags like #BecauseItsBuffalo and #DoSomethingDarcy becoming long standing and hilarious mockeries of how others look at us, and how we look at each other.

It’s fine to feel like part of a well kept secret. It’s fine to have a laugh when the chips are down. But, at the same time, it’s okay to take the empowering Buffalo hashtags a little more seriously.

You don’t have to like the #BillsMafia. You don’t have to think that #BuffaloForReal is as cool as something else you may have come up with. Like ‘em or not, good things have come from these grammar-grassroots social media efforts.

Got the next great Buffalonian idea? Stick a hash mark in front of it, and let us know so we can spread the word.

Full disclosure: I haven’t been the biggest fan of Steve Ott. There was something about, well, licking a dude, that just struck me as a tad unprofessional. Calling out the fans for booing who were frustrated from years of failure and the loss of Lindy Ruff felt a touch insulting.

Well, it hasn’t taken him long to win me over. Ott has quickly emerged as one of the more important sports figures in the community, both on the ice:

“Ott’s approach is wearing off. During a huge penalty kill in overtime of Wednesday’s 4-3 shootout loss in Toronto, Matt Ellis leaned over to new teammate Zenon Konopka.

‘Steve’s one of those guys you don’t get a full appreciation for what he brings to the team and what he does on a night-to-night basis until you’re suiting up game after game with him,’ Ellis told Konopka. ‘He’s an absolute warrior. He’s a great leader. He’s done a great job keeping guys engaged in what’s going on here, keeping the room upbeat, keeping the accountability level high.’

Ellis added: ‘He’s the definition of what a captain should be.’”

…and off the ice:

“The Sabres have announced that all the stuffed animals, dubbed ‘Ott’s Otters,’ have been sold. The team introduced the furry creatures Wednesday and had tremendous immediate response. The Sabres put the limited number of remaining otters on the shelves in the Sabres Store at 10 this morning, and they were gone within a half-hour.

‘Thank you for the overwhelming support of #OttsOtters,’ the Sabres’ captain wrote on Twitter.

The otters, wearing Ott’s jersey and accompanied by his autograph, sold for $25. All proceeds are set to go to the Buffalo Zoo.

‘This program is a great way for our fans to show their love of the Sabres while supporting such an important community asset in the Buffalo Zoo,” Ott said. “As a big animal lover, I’m excited to be involved in a program that will help raise money and awareness for the Buffalo Zoo.’”

I mean, how can you not like this li’l guy? 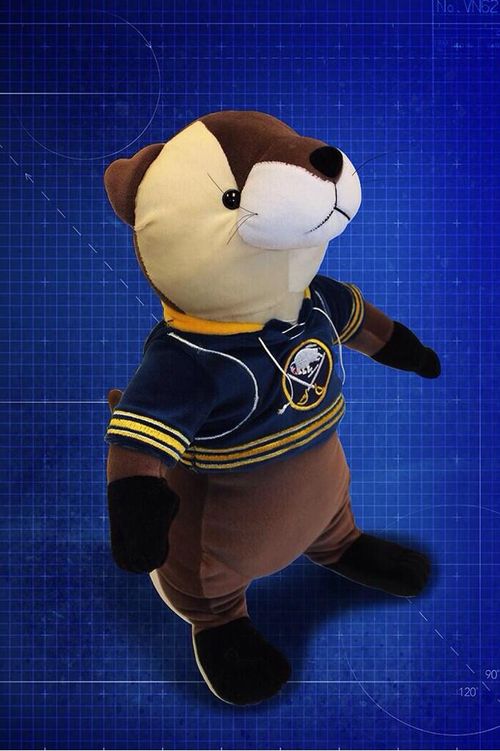 Sorry I doubted you, Steve. And please, feel free to stick around for the rebuild. We could use more like you in this town.

Things are going well for Thurman. He was recently selected – via Twitter – to meet with Mo Rocca as one of a trio of “Most Interesting Buffalonians” for a Super Bowl segment.

I asked a question about Buffalo yesterday and Twitter almost crashed from the volume of responses. That’s how deep Buffalove goes. Wow!

(Hmm. There’s that “Buffalove” thing again. It’s now shed it’s # and taken off on its own.)

He was also recently appointed to the New York State Tourism Advisory Council. It’s good to see him carrying the ball for our city again – here’s to hoping he scores a few marketing TD’s for us.

Note: Questions? Comments? Have a Smart Thing? You can find Scott Michalak on improperly using hashtags on Twitter at @ScottyMCSS.