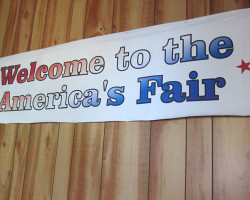 I went to the Erie County Fair on Monday. I took some pictures and made a TB post out of it. I posted a link to it on Facebook. 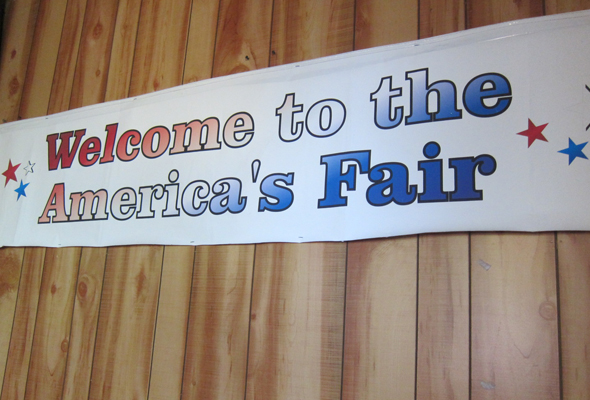 A guy named Joe Lewis read the post. I don’t think he liked it very much.

Let’s break it down.

this guy is a douchebag.

I’m sorry you feel that way.

If he was so familiar with the fair, and bitter about being “dragged” there as a child, then surely he knew it was pricey, and decides to “drag” his own child there? The kid is 15 months old. he has no clue what the fair is, or if he would miss it or not.

No, Joe, I wasn’t “so familiar with the fair.” I went as a little kid (parents tend to pick up the tab) and then I worked in a concession trailer when I was in high school. Prior to this week, I’d never paid to get in or to park or to go on rides or to get my picture taken or watch elephants wrestle or whatever else goes on there. I rarely paid to eat either, as funnel cakes are excellent chips in the inter-vendor barter system. You think I DECIDED to go to the Fair? You’re not married, are you, Joe?

Sounds like he wanted to go for himself, and probably enjoyed it until his car was towed.

The towing experience was probably the most pleasant thing that happened the whole time. It was free, everyone was apologetic, and I got to take a nice long ride in a golf cart for the first time this year.

I went when it was its busiest, and remember a TON of parking attendants guiding me to a spot. I was not told to park “anywhere i want”. Sounds like he made the asshat decision to park where he wanted, and paid for it.

That must have been great to have a TON of parking attendants guiding you to a spot. If I’d had the same luxury, my car probably wouldn’t have wound up in a poorly marked handicapped section and ultimately towed. That was kind of the point of that part of the story.