The ups and downs of having a post go viral. 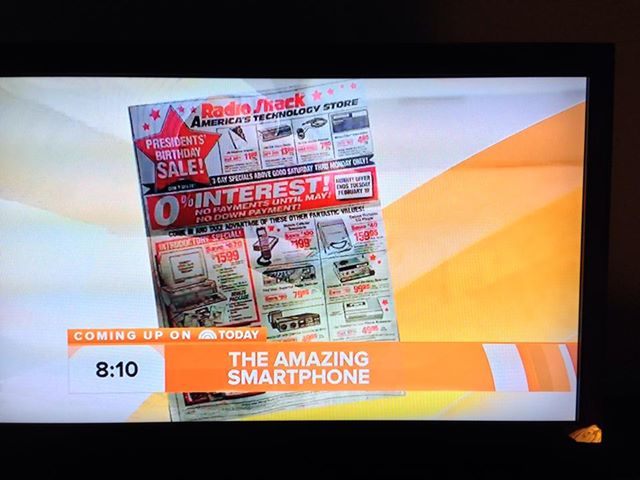 The Anatomy of a Viral Post… Was it Worth It?

If you do anything online, some part of you hopes it goes viral, right?

One week ago, at this very moment, I was sitting at my desk, looking around at my mountains of stuff, trying to find something to write about for my Tuesday post for Trending Buffalo, when my eyes locked in on a pile of 1991 newspapers I’d been meaning to go through. 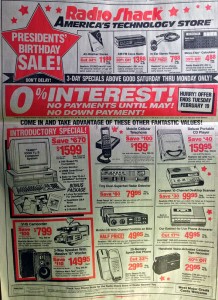 I wrote about a Radio Shack ad that was just about right on top of the pile. Virtually all the technology in the ad for “America’s Technology Store” had been replaced in my life by my iPhone. So I allow words to vomit-forth from my fat fingers onto keyboard for a half hour or so, and I have a blog post.

A couple of days later, I got an email from the Huffington Post. They “want to sign me up as a writer,” and they like my Radio Shack blog, and want to repost it on their website. “All they need is a brief bio and a photo” to get the ball rolling. I was intrigued, but I also speak the language of modern media. They wanted my work for free in exchange for internet fame. OK.

Later that afternoon, just before starting to make a pan of gołąbki (Polish cabbage rolls), I quickly scrawled the following bio: Steve Cichon is a writer, historian, and “retired” radio newsman in Buffalo, NY. He has worn self-tie bow ties since the ’80s, written three books, and has turned his borderline unhealthy obsession with Buffalo’s pop culture history into a career. More from Steve at BuffaloStories.com.

Along with that, I sent a photo my wife took of me while we were having breakfast at the Lake Effect Diner one Sunday morning a few months ago.

Then it was back to boiling cabbage, browning onion, and mixing raw ground beef with my fingers. By the time I got the pigs-in-a-blanket in the oven, a friend had seen my blog post on Huffington and posted it on Facebook, tagging me.

By the time I went to bed, it had been shared by over 1,000 people on Huffington’s Facebook page. 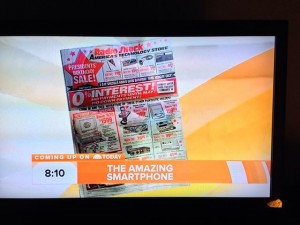 Early the next morning, I got several texts and Facebook messages that the Today Show was teasing a story about my blog. They wound up doing a lengthy segment, using my Radio Shack image, a few of my one-liners, and my math. They used my story, didn’t add anything to it,and didn’t give me any credit.

My friends got mad, but as I wrote on Facebook, “I’m glad people are offended for me, I guess because as a long time radio/TV producer, you get used to other people presenting your work. To be honest:: If I was reading this on the radio… I probably would have credited the Huffington Post, too. Maybe the author— but maybe not. I’m really not too broken up about it… or broken up at all, really. But its nice to see friends have your back, you know?”

The story of a viral blog, unattributed, made its way around the Buffalo News newsroom, and reporter Jill Terreri talked to me that day for a piece in “Off Main Street.” The headline on the few paragraphs she wrote was, “The Man Behind the Story.” Sharing that in social media the next day was another chance for my friends to enjoy my new found “fame.”

The Today show wasn’t the only place to “borrow” the story. Google images shows hundreds of instances where websites have posted the 1991 Radio Shack ad.

So now, here I sit… having fed the media a viral post wondering, was it worth it?

The upside is, between nationally read and syndicated websites, national television, and social media, there is no doubt that millions have seen my work.

Downside? Immediately, anyone would notice the trolls. Hundreds of nasty things written about me and my writing, some of them emailed directly to me so I couldn’t miss them. But that’s life on the internet.

The real downside is, while I wrote it, it’s no longer my work. It’s now in the public domain. I made that 1991 Buffalo News Radio Shack ad image with my cellphone here in my office early last Tuesday morning. Now, though, it will be floating around the internet forever, my contribution stripped. And don’t think the payment was on the front end. I was not paid for writing that blog at any point. Hundreds of websites, millions of clicks, making money– but none for the original creative force.

No attribution bothers me more than no cash, but neither one will ever keep me up at night. Honestly, I knew what I was signing up for in turning my piece over to Huffington. Not that it would air on the Today Show, but that I was basically handing off rights to my writing so that more people could enjoy it.

This isn’t about sour grapes, or railing against modern media. I’m really not complaining. I know the game, and I play it. It’s actually benefical for me to say that I’ve written a viral blog post, that I’ve written for the Huffington Post, and that my work has appeared on the Today Show.

It’s been kind of fun watching it unfold. But it’s also kind of sad knowing, when producers do little more than cut and paste, that some guy writing a blog in Buffalo is actually producing segments for network television at the same time.

So, anyway, I was thinking…. I wonder if Viral Nova would want this one?