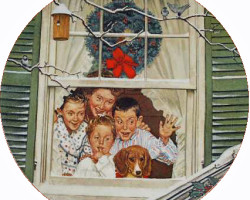 It says something about us. I’m not sure what, but I think it’s a tiny bit of proof that we’re not completely done for. That there is some how, some hope for us after all. 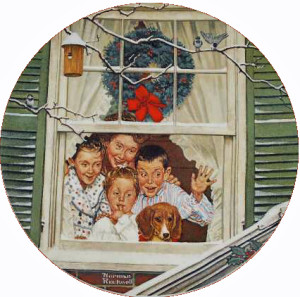 “White Christmas” was first recorded by Bing Crosby in 1942, and the recording became the number one hit song for several months that year. The song made GIs fighting overseas during World War II cry thinking of home.   It sold so well, that the original master recording became damaged because they copied it so much. Bing and the same crew got together and made a new master recording in 1947.  That ’47 version is the one we’re all familiar with.

I am an admitted old-soul, nostalgia guy. I like Norman Rockwell and Bing Crosby and “It’s A Wonderful Life.” I also know that generally, I’m in the minority. But somehow, a 66 year old recording has somehow remained unquestionably mainstream.

The song is certainly well presented, and it’s powerful lyrics are open for you to insert your own fuzzy-around-the-edges wishes, desires and memories. And Bing Crosby, media’s first superstar and once the most powerful entertainer in the country, now just sounds like a generic guy who could be anyone’s dad singing. The song remains powerful by tapping into those fragmented memories of a simpler time, when Christmas meant hardly being able to fall asleep the night before, and waking up to wide-eyed wonder.

Girls my age might warmly remember getting a Cabbage Patch doll under the tree in 1983. And while that is a simple, warm memory for her, her mother might remember the near-riot that broke out at Gold Circle when two women started fighting over the last one. That mom might remember getting her Chatty Cathy doll in her stocking. Like so much of our stuff,  it’s not the actual thing we hold so fondly, it’s the memories and feelings wrapped up in those things that we hold dear.

We each know that there’s something special, warm, and wonderful about the Christmas spirit. Deep down, we all know that it’s something that we should take with us the rest of the year. Helping people, bringing joy to people, realizing and embracing the true meaning of life.

Even as the 2013 Christmas spirit has become too much about free shipping and removing the remaining humanity from the commercialized part of the holiday– somehow a seven-decades-old recording thrives amidst our “toss-out-the-old” culture, and invites us all to stop for a moment.

The White Christmases we’re dreaming about are generally gone. The care-free feeling and the loved ones who are no longer here can’t be brought back. But hopefully being reminded of something we’ve lost along the way, we can some how try to find some relevance in simplicity, and find a place in our heart and some time for it our calendars in our modern hectic lives.

That song wouldn’t live if we didn’t want it.