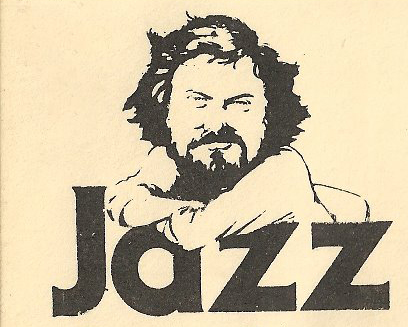 The Coolest Guy I Know

What is “cool?” It’s a word and a concept that are virtually cliché, mostly because for the last 30 years, popular culture’s most popular people and things  are usually anti-cool.

“Uncool” still isn’t cool, but anti-cool is the coolest. Many cool people use the word “cool” ironically, not as it may have been intended at some point long ago.

Let’s think back to when cool was cool, though. I’m 36. When I was kid, Michael Jackson and The Dukes of Hazzard were pop-culture cool. I liked those things, but if you ran into little Stevie Cichon on the streets of South Buffalo in 1982, and asked him to name one “cooool” guy, I would have said, without thinking, The Fonz.

Arthur Fonzarelli might be our national lasting impression of “cooool,” so to that measure, Little Stevie would have been correct.

“Adult” Steve (note quotes- ed.) finds Fonzie to be more indifferent than cool. Whether we’re talking about him or James Dean, these “cool dudes” were guys who tried hard to exude an image. A slick haircut, a leather jacket, a motorcycle, defiant smoking, dungarees, and of course, that defiant attitude.

That alone was enough to “own” Arnold’s in 1950-whenever-Happy-Days-was-supposed-to-have-happened.  That just can’t be “cool” now though, because even the squarest kids have some measure of the Fonz’s bad-ass defiant attitude and have their own ways of doing whatever they want.

I’d offer that the fact the Fonz’s act wouldn’t be cool today, means he was never really “cool.”

Before you tell me, “sit on it, Cunningham,” let’s think about this.

He tried hard to be cool, right? For me, that’s big. Any effort you put into being cool lobs off massive amounts of cool points.

To me, cool means, in part, someone who personifies not giving a shit about being cool to the n-th degree.  Someone who does what they do, and they go home and have a sandwich. Someone who– if is accused of being cool– immediately thinks the accuser is an asshole.

According to some website (which supports my point of view so I’ll accept it), “cool” came into English as slang in 1825, meaning “calmly audacious.” It’s with that connotation that “cool” came to mean “fashionable” in Black America in the 1930s. The word was propagated by some of the really coolest men who ever lived, jazz musicians of the 1940s and 50s.

Speaking generally, jazz musicians qualify as cool. They mostly don’t care what you think about their music. I don’t know much about jazz, but I appreciate watching jazz live. You can just about see instruments connected to the souls and guts of the guys who play them. It’s pure, raw music art.

So some guy, who has played with legends and travelled around the world, and made and lost a lot of money, sits in a hole-in-the-wall bar, bares his soul by means of a horn, people are blown away, and he gets in his car and goes home and has a piece of toast and mows the lawn.

That guy is cool. Right?

Al Wallack isn’t a jazz musician, but he is a jazz man. It’s the soul, not the ability with a musical instrument in hand.

For 40 years, Al has used his ability to convey the spoken word and ability to record and edit and manipulate sound on the radio in the same artful, beautiful and soulful way that the guy blowing sax does. 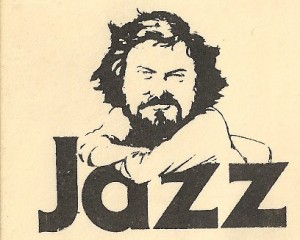 To say Al is the best is wrong, because just like the jazz artists he put in the spotlight for so many years, it’s better to just call him a great artist, and like all great artists he’s different, unique, and in a category all his own.

Ask him, and Al will tell you he’s just and old disc jockey who likes to sit home and drink cheap beer, and that he’s not deserving of going into the Buffalo Broadcasting Hall of Fame, as he is set to do tonight.

He can’t be more right and more wrong. While I can’t think of a more deserving member of the Broadcasting Hall of Fame, based on what’s truly a legacy of artistry and commitment like none other in the history of Buffalo radio… He’s also just an old disc jockey who likes to sit at home and drink THE CHEAPEST light beer he can find.

He’d also look at me with a perturbed look on his face, and think I’m an asshole for saying it, but on this day I’ll take the hit: Al Wallack is the coolest guy I know.