She littered me with venereal diseases. 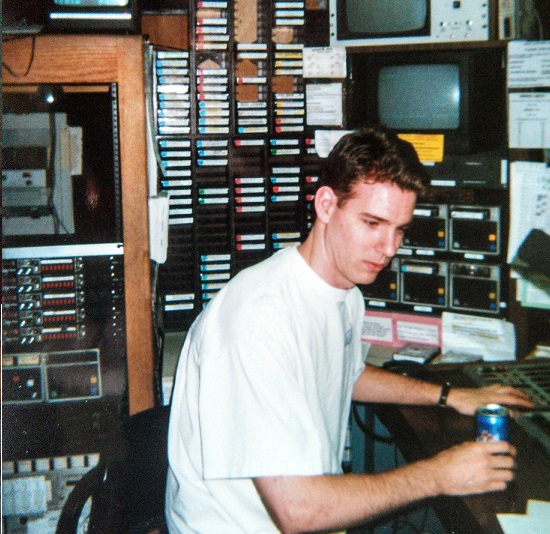 Breaking Up With Radio

Radio is the hot chick I couldn’t hold on to. I knew she was bad for me from the start but, for the longest time, I couldn’t give her up. She littered me with venereal diseases (it’s a metaphor). I think she wants me back but, I’m breaking up with her. I’m sure my next professional relationship will end with similar heartbreak but, I’m still moving on. I’ve come to the end of my radio road. For those interested, I’m changing careers and will be a Copywriter for LocalEdge on Monday. I can’t wait.

That doesn’t mean radio and I didn’t have fun. I haven’t worked a day in 15 years at WGR 550. The last decade with Mike Schopp and the Bulldog have been amazing. They’re two of my best friends. I owe both of them money because we gamble on how many goals will be scored in the first 30 minutes of a soccer game. That’s when we’re not drafting letters of the alphabet to use as scoring in an NHL Playoff point pool, or searching through the paper for color pictures of Felton Huggins to tally Training Camp Fantasy Football.

We also did a radio show. It’s really good. You should listen, even though they’ll be at full volume now that I’m gone.

It would be hard to list all of my memories at WGR, because it’s an AM radio station and the list would bore the shit out of you. Here, though, are some of my favorite times:

First Week:
Because I spent all of my money on video games and beer, I was poor and hadn’t eaten in a full day. It was Thursday overnight, so I had a paycheck that I could cash at 9 a.m.

I had to wait nine more hours to eat. I scavenged the seat cushions of my car and came up with 55 cents, the exact amound needed for a Snickers bar in the radio station vending machine. I deduced that Snickers, with peanuts and nougat, was the logical choice to provide me with as many nutrients as possible to make it through the overnight shift.

The machine ate my 55 cents. I cried a little.

When I got back to the studio from the break room, Jammin’ Donny Walker handed me a Styrofoam bowl and said, “Can you eat bacon?”

Apparently, the deli got his soup order wrong and Jammin’ Donny was a vegetarian.

The phone:
Some guy named Ed used to call the John Otto show from the Buffalo Pyschiatric Center every night. He’d ask if I saw any ghosts, then he’d go on a rant about how Adam and Eve have been dead for a million years. Once a week, I’d put him on the air.

One guy was mad at something that happened on the radio and drove down to the station to fight me. I was watching through the second floor window as he pounded on the door. He was big. I didn’t go down to fight him.

Sports:
A producer named Ken Maguda used to talk in my ears through my entire sports cast. I’d say something like, “The Bruins beat Montreal…” and he’d say, “Who cares? No one cares. Shut up.”

Someone, who I believe still works in radio and cannot be named, once set my sports on fire as I was reading the sheet of paper on the air. I had to quickly read down before the paper burned up. After my finger was scorched, listeners to WGR 550 at 3:15 a.m. that night only heard my scream and then 30 seconds of the sports bed.

I bragged to Jeremy White, Brad Riter and Don Sonntag that I couldn’t be fazed by distraction while doing sports. During an afternoon cast, they emptied their pockets and started throwing change at my head.  The further I got without screwing up, the more they hurled change at my face. A quarter hit my tooth. I didn’t laugh. With 20 seconds left in the cast, Jeremy threw a phone book at my head.
I was not able to finish the cast.

Reporting:
My first time covering the Bisons locker room, Marco Scutaro pretended like he couldn’t speak English. I would ask him a question and he’d say something in Spanish. Then, I’d ask the same question louder. I didn’t find out until later that he was messing with me.

Chuck Dickerson:
I got to watch a Bills game with the former Bills Defensive Coordinator. I didn’t talk because he was really scary. He pulled out a sheet of paper and jotted down X’s and O’s. He looked at the Dolphins’ offensive formation and told me what play they were going to run based on what was working for them in the first half. It happened on the screen exactly as he predicted. It was a pretty cool moment. Also, Chuck Dickerson called me ‘Tim’ for 4 years.

I booked Sparky Anderson as a guest for Chuck. What a thrill! Sparky Anderson! Thirty seconds before Sparky was coming on, two phone lines rang and Chuck told me to tell Sparky to screw off. Chuck wanted to ride the phone momentum. I picked up the hotline and told Sparky Anderson that the Sabres just fired their coach and we had to cancel the interview. Luckily, the internet had not yet been invented.

Sports Talk:
I was given a 4-hour sports talk remote at a car dealership. I had no business talking sports of any sort for 4 hours by myself. The dealership closed an hour before the show ended. For one hour, I sat in total darkness at some guys’s desk, holding a wireless microphone, trying to talk about the Sabres or something. I didn’t have the ability to hear the station for some reason, so I couldn’t take calls or hear the breaks. An engineer would emerge from a truck and give me a thumbs up when it was time to start talking.
Try it sometime. Super fun.

The Whiner Line:
If a comet struck the Earth and ended all life, that would be the second worst thing to ever happen.

I’m really going to miss WGR. The good news is, I’m not dying.

I’m going continue to recap ‘the Bachelor’ and will do a weekly podcast here on Trending Buffalo.

By the way, Steve Cichon did not reference a single fact in this article posted on Trending Buffalo yesterday. None of this is true. This is the kind of Yellow Journalism that gives the internet a bad name. If he hasn’t already, Steve will hear from my lawyer.