Aw, remember Hills! You’ll hate me, but it wasn’t that great. 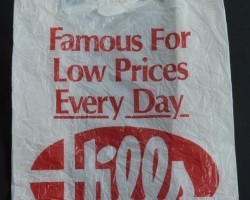 Hills is where the toys (and memories) are

Hills is where your grandma bought you an Icee and a popcorn. You may have got your first bike,  Cabbage Patch Kid, or Michael Jackson record there. And it goes without saying (singing), Hills is where the toys are.  And of course, most importantly, Hills is not WalMart. 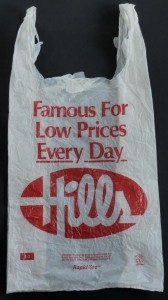 Hills was in Buffalo for about 20 years. In 1979, there were two Hills stores in Western New York. Store number 77 was in Garden Village Plaza (French and Union Rds) in Cheektowaga, and store number 79 was on George Urban Blvd  (at Dick) in Depew (today a Hobby Lobby location).

In 1999, 10 out of the 11 Western New York Hills stores became Ames, when Ames bought out Hills to become the nation’s 4th largest discount retailer. (Ames closed for good in 2002.)

Two decades of great memories. But here’s the thing. Hills wasn’t that great. It was terrible, in fact. It was dirty. All the toys were always open and all over the place.

I got my red GE fake Walkman at Brand Names, but I shopped for cassettes at Hills. For $5.97, you basically had to sort through every cassette in the record department, because they were always out of order and jammed back into the wrong spots. Good luck trying to find a Young MC tape (Y) when it’s hidden behind Belinda Carlisle (C) in the slot marked (J).

And up until the very end, they didn’t take credit cards.  No cash or no check and a drivers license, meant you had to put back the VHS copy of “The Bodyguard” you were buying to impress your girlfriend.

“C’mon, I loved Hills,” you might be screaming at your computer. You may love it now, but you didn’t then. A survey taken right before Hills closed showed WNYers preferred K-Mart (#1) and WalMart (#2) by a wide margin over Hills.

Hills wasn’t that great, but neither was your mom’s 1983 Chevette with naugahyde seats and AM radio which carted you and your brother to Hills.

I live to jog people’s memories, and reminiscing every now and again is a good thing. It’s also good, though, to put it in context with how good we really have it right now.

Now I can’t wait to read the comments for people to talk about Twin Fair, Two Guys, Gold Circle and Brand Names.

Buffalo Journalist and Historian Steve Cichon brings us along as he rambles about nonsense twice a week on Trending Buffalo.

When he’s not being cranky about department stores, Steve looks for Buffalo’s good stories and creative ways to tell them as the President and founder of Buffalo Stories LLC. He’d love to help your business tell its story. For a decade, he’s also collected and shared Buffalo’s pop culture history at staffannouncer.com.

Buffalohillshills is where the toys are