Some classic Buffalo beer ads will set the right mood 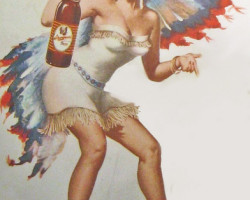 For most of America, life this Sunday is going to be all about commercials, snacks, and whether or not the second digit of the score (of a game no one seems to care about) might win someone some cash.

As inexorably connected as football and beer are, you’ll see relatively few beer ads. Budweiser’s parent company has been the exclusive beer sponsor of the Superbowl since the late ’80s.

Over the last few years, the Bud ads have been amazing; artistic even. My mom and my wife love ’em. But neither of them will ever buy Budweiser ever. Whatever happened to manly beer ads selling beer to men who like to drink beer like men drinking beer?

While I understand the complexities of modern advertising, I yearn for the days when my mom and my wife hated beer ads. Luckily, I keep myself surrounded with reminders of why I love beer.

Back in the day, you didn’t even have to leave Western New York for some great examples of manly beer ads. Hang these up at your Superbowl party if you really like sleeping on the couch. 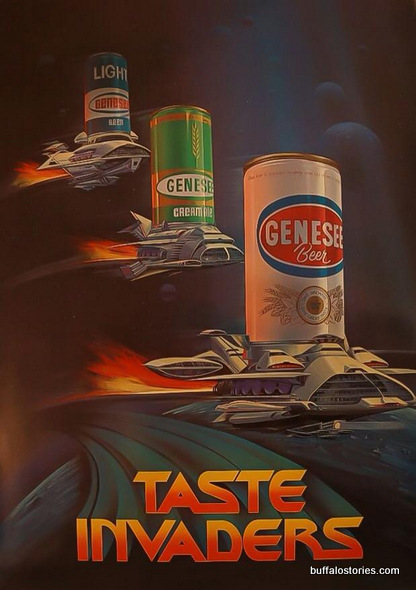 What is more manly, in a Buffalo way, than cans of Genesee beer artistically woven into Atari-inspired artwork? 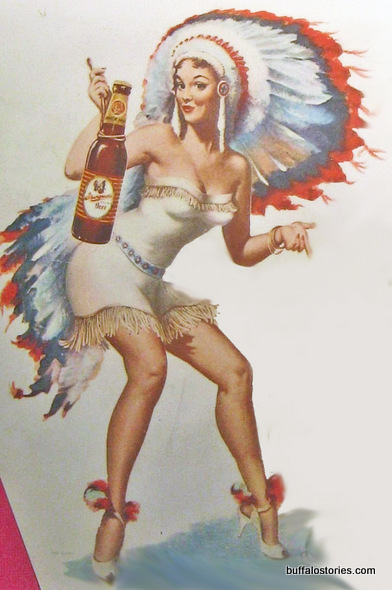 Our WNY dads and grandpas knew how to keep beer drinking manly, as did the late, great Iroquois Brewery. Aren’t you thirsty? mid 60s. 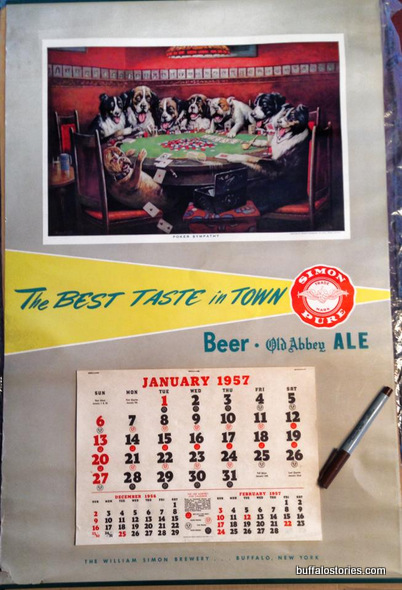 If the buxomly woman with the Iroquois didn’t offend the woman in your life, this will. Iri’s cross-town Buffalo brewing rival, Simon Pure, appealed to a different part of a manly man’s psyche– the part that thinks its hilarious to see dogs smoking, drinking beer, and playing poker. A beautiful Coolidge painting on a 1957 Simon Pure poster.