Remembering the great ugly cars of our childhood 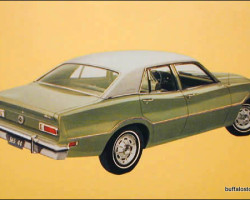 A quick visit to… Your Childhood Car

I saw a pristine 1990 Chevy Lumina over the weekend. I actually drove a Lumina for a while, but my thoughts turned to a great friend who drove a Lumina, too. Radio newsman Ed Little looked classy behind the wheel of his always well-maintained, respectable mid-sized General Motors sedan. The hipster who was driving it on Sunday was more ironic than classy.
My dad loved cars– looking at them and driving them. He’d always excitedly point out cars that he or someone he knew once owned. As a young man, he drove sports cars like an MG and muscle cars like an AMC Javelin. Of course, I now point out old cars to anyone who will listen.

Just like with my ol’man, seeing an old car that reminds me of a car from my past is one of those instant mood changers for me. I’ve owned a few interesting cars through the years, like a white 1971 Mercedes. Very eye catching, but not too comfortable to drive. I love my ’86 VW Golf, ’95 Plymouth Neon, and ’97 Honda Civic. Those cars weren’t spectacular, but they were comfortable and easy to drive. When I see one, I want to drive it.

But the real memories come from those cars my dad and my grandpas had long before I could drive. 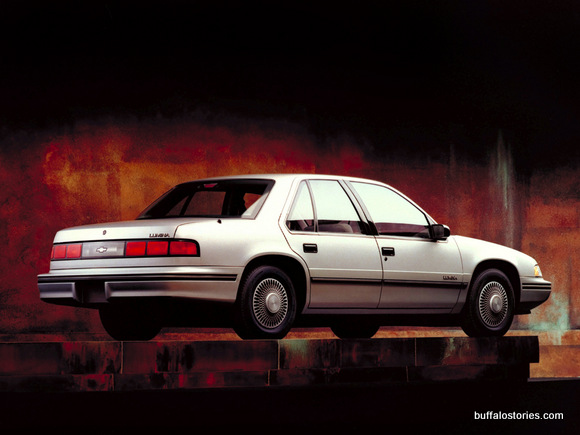 First- Here’s that Lumina, like the one Ed Little had. I’d wait to see this car pull up to fine restaurants like Alice’s Kitchen, Your Host, Grandma’s Pancakes, and the Four Seasons.

In the Cichon house, we had this exact car: a Dodge Aries station wagon with faux wood paneling and tan Naugahyde seats. We also had a black one, with red velvet seats. Nice. 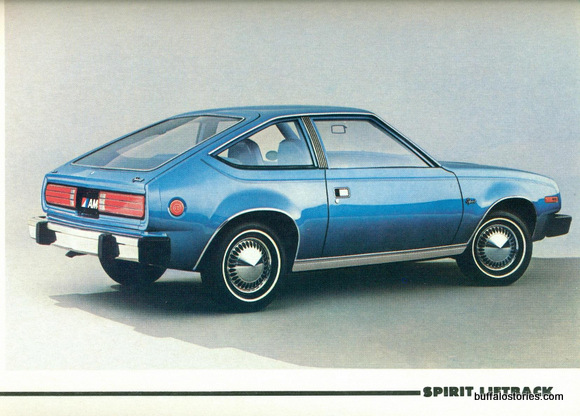 There were also 2 AMC Spirits in our family. Grandpa Cichon had a white one with a big blue pinstripe, my family had a brown one. 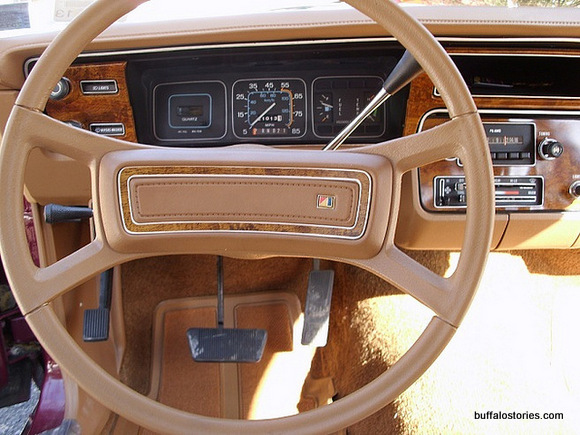 This is the exact interior of our 1981 Spirit. I hurt myself on the steering wheel playing Dukes of Hazzard, climbing in and out of the windows. 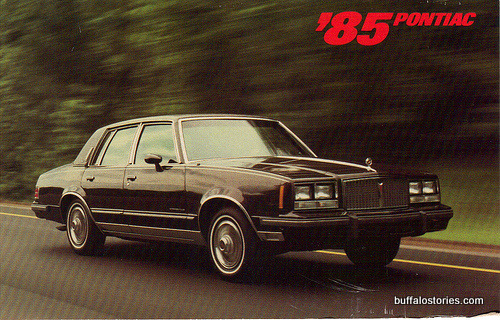 Grandpa Cichon traded in the Spirit for a Pontiac Bonneville. It was in this car, my brother and I witnessed one of the great events in our lives up until that point. Usually calm Gramps got hosed at a full-service gas station. He unleashed a torrent of Polish-American cursing that remains with me nearly 30 years later. We i see this car, I think, “You G-dd-mmed horseball!!” 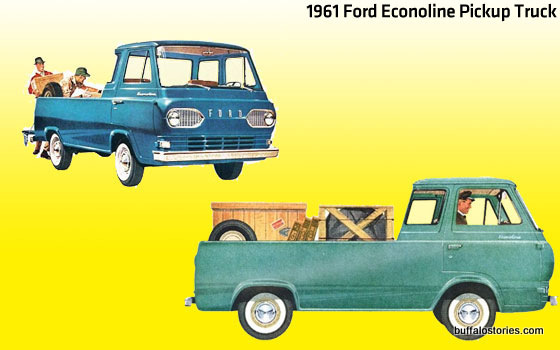 Grandpa Coyle would get a new Oldsmobile every year or two… But all though my childhood, he has this odd, pea green Ford pickup– Which was actually van without an enclosed back. There were only two seats, and I can remember fighting with my brother over which one of us would get to ride on the hump where the stick shift was… on the way to the hardware store. 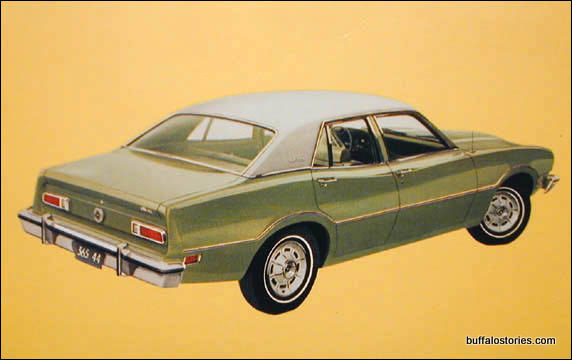 Finally my Great-Grandpa Wargo drove this beautiful pea green Ford Maverick. It was a car that was old and mysterious, just like Great-Grandpa. I especially liked that the old yellow NY plates had three numbers then BUX. I liked -BUX on a license plate. Our plates were boring by comparison.

What did you grandpa drive? I’d love to see it, tweet me @SteveBuffalo.