Yes, you live in this city. 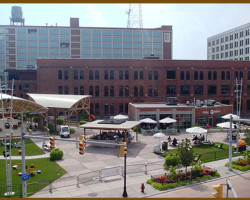 WTF is Larkinville? (and why haven’t I been there yet?)

There’s a decent chance you’ve heard of a growing, vibrant Buffalo business community called Larkinville but have never experienced it.

We decided to scope it out, eat lunch, and report back.

It’s “downtown” without actually being downtown. You know how you only see one impressive-looking building to the right as you’re heading north on 190 toward the city? That’s the Larkin Building. 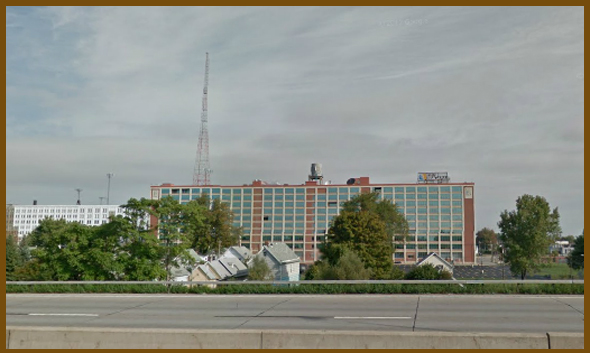 Larkinville is right behind it. This photo was taken as construction was just getting started. 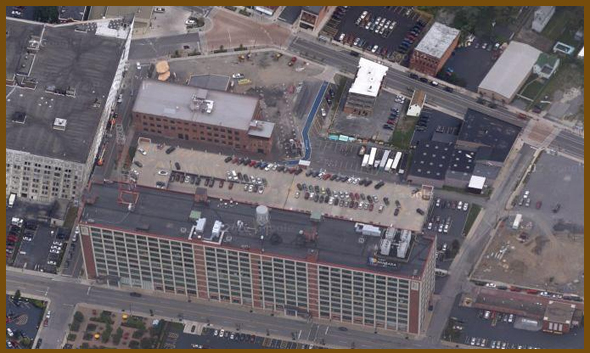 That spot. Right there. 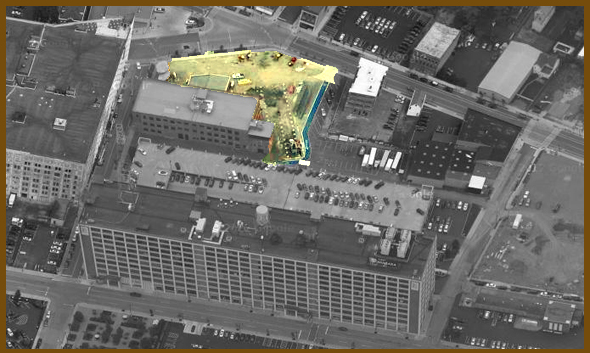 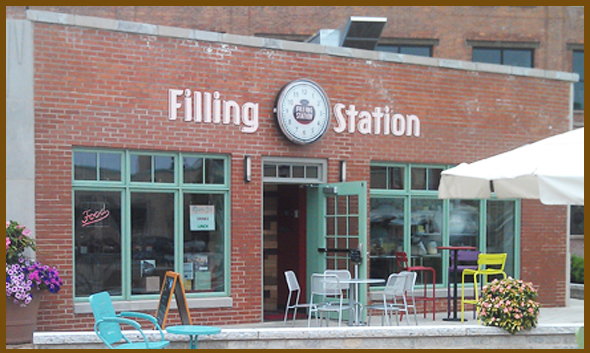 It’s an indoor/outdoor facility. That’s its awning and patio area on the right. 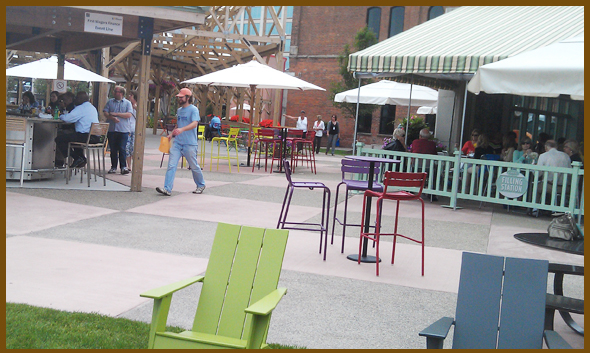 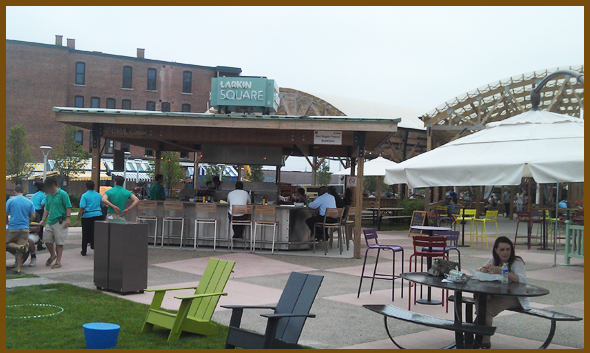 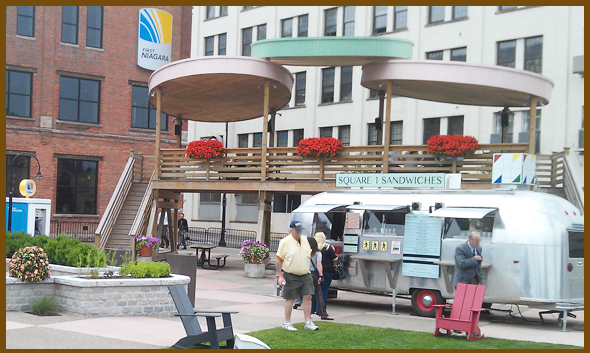 Get your food and then sit under the world’s largest pergola.* (*World record unconfirmed,) 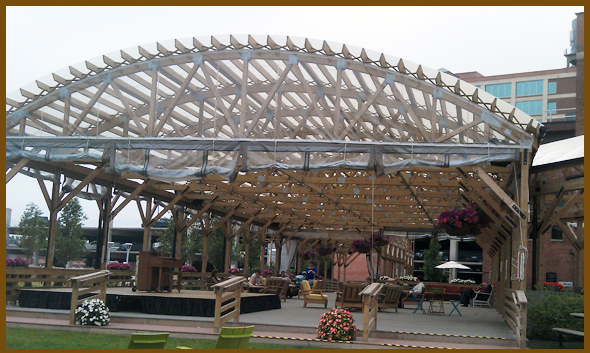 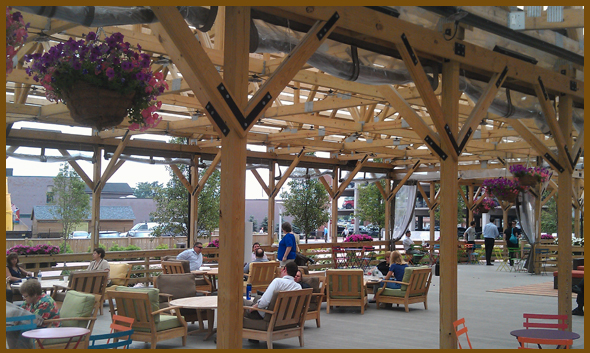 There are guys, some in business attire, playing something called “pickle ball”– which seems awesome. 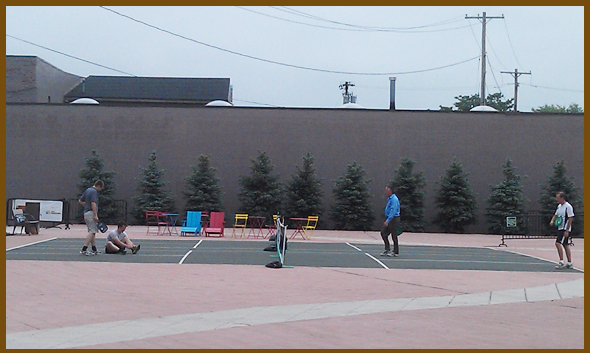 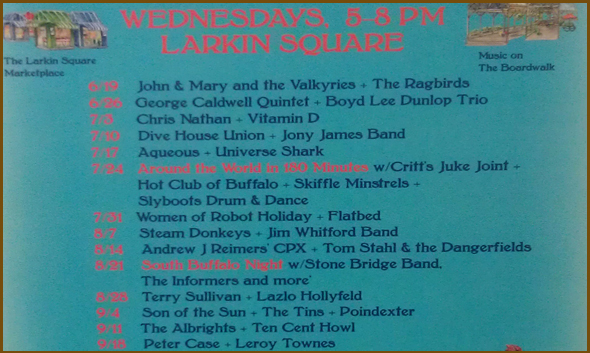 … and judging by this table, it’s clearly being run by someone with serious concert experience. We’re looking at you, Seamus Gallivan. Veteran move. 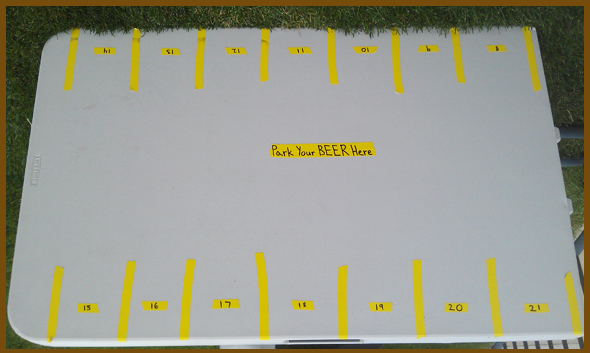 Right now, it all adds up to this. 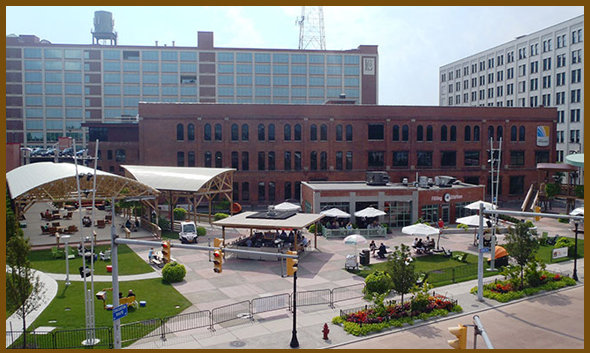 Yes, you live in this city.

Some history from Wikipedia:

Extensive Larkin Company records and photographs survive in the library collection of the Buffalo History Museum.

On top of what you see in the photos, the area is surrounded by construction/refurbishing projects. Larkinville provides one of those “I feel like I’m in a different city” moments that, while they seem to put down Buffalo, are really a sign of its resurgence.