The “facts” which will certainly be disputed. 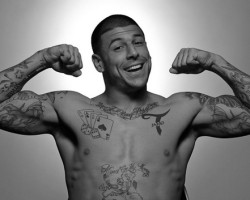 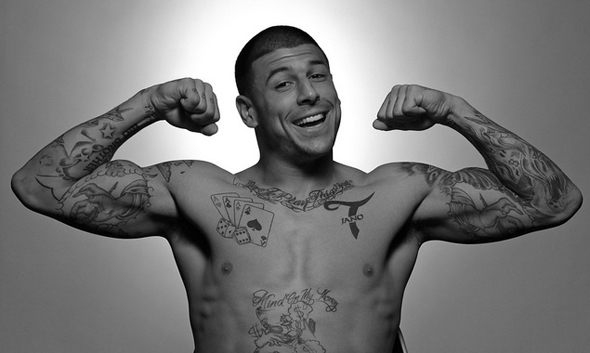 Not a care in the world.

happy father’s day to all the great dads out there

1:12 a.m.: The three men depart Hernandez’s home in a silver Nissan Altima, according to surveillance video, cell phone towers and cell phone records. Cell towers track their movement south on Interstate 95. At some point, they turn around, then head north before stopping at a gas station on Route 128.

2:32 a.m.: The silver Altima arrives at Lloyd’s house. Hernandez sends a text message: “We’re here.” Lloyd’s sister watches Odin Lloyd leave the house and get into the silver Altima. Neighborhood surveillance video shows Hernandez arriving in the neighborhood as well. Surveillance video tracks the car around Boston. McCauley explains that during ride back toward North Attleboro, Hernandez tells Lloyd that when they were at a club, Rumor, the previous Friday night, “certain things upset him,” including Lloyd talking to some people Hernandez had “troubles” with. McCauley did not indicate how he obtained this information. Prosecution says the text indicates the “temperature” in the car.

3:07 a.m.: Lloyd texts his sister, “Did you see who I was with?” McCauley suggests that this indicates the “temperature” in the car. Lloyd does not receive a response.

3:23 a.m.: Lloyd: “Just so you know.” By this point, the four men inside the silver Altima have gotten off I-95 on Route 152, near Hernandez’s home, McCauley says records show.

3:23 a.m.: McCauley says surveillance video shows the Altima at a fork in the road. McCauley indicates that one way leads to Hernandez’s home, the other down a gravel road where Lloyd’s body would later be found. Video shows Hernandez’s car going down the gravel road behind a group of industrial buildings.

3:27 a.m.: Silver Altima is viewed coming out of gravel road.

3:29 a.m.: Video at Hernandez’s home shows the silver Altima pulling into his driveway. McCauley states that the distance between where Lloyd’s body was found and Hernandez’s home is a 2-minute drive.