Even when you want your hockey team to lose every game, you’re still happy when they score a goal. Hockey goals are like a really fun party. A guy shoots… 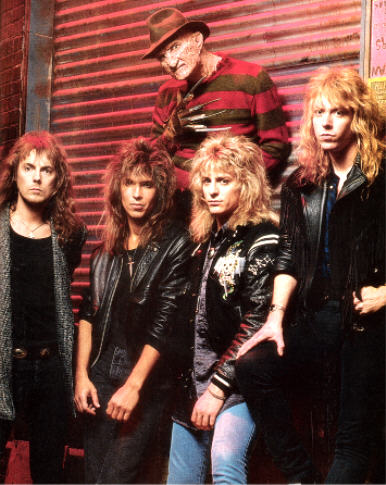 Even when you want your hockey team to lose every game, you’re still happy when they score a goal. Hockey goals are like a really fun party. A guy shoots the puck, the puck may or may not go off of eight shin pads, it totally gets past the goalie, the red light comes on, the fans cheer, and then, music starts playing. Those are the parties I’d like to attend.

To many, it’s important that your goal song be exciting and fun. Some Sabre goal songs of the past include “Lonely Boy” by the Black Keys, “Song 2” by Blur, and that “Zombie Nation” song. They got the job done, but those songs really don’t fit the image of this year’s team. If all goes well, we’ll either suck with the hope of being good in the future, or we’ll surprise people and be good now. Our goal song should reflect that image.

After you have read these, you’ll want to send me a bunch of emails, thanking me and congratulating me on a job well done. While I really appreciate it, there’s no need. The fact that you completely agree with me and can find no fault in any suggestion I’ve made here is enough for me.

Here are my suggestions for goal songs that are horrible at first, but could end up actually being great:

“Driving My Life Away” – Eddie Rabbit

Terrible, right? Except that it’s a great song and super fun. This would be the most original goal song ever. Plus, when you think about it, we’re all driving our lives away and looking for a better day.

There is no reason why Neil Diamond’s ‘Sweet Caroline’ can be a goal song and ‘Copacabana’ can’t. They both capture the same spirit. It’s an instant party. Everyone else would hate it, but who cares! We’re not here to impress you. We just scored a goal, bitches! Copacabana!

This is a terrible idea, until a goal is scored, and the crowd starts cheering, and ‘Bad’ starts playing, and it all feels completely right.

Sure, it makes absolutely no sense, but 19,000 people singing the “Woo-Hoo” part of the Duck Tales theme would make any hockey experience a more pleasurable one. You’ll be drinking at the time, so I’ll bet this is a better idea after a few arena beers.

If I were framed for murder and handcuffed and thrown into the back of a police cruiser and my life was over, I would still find it impossible to NOT move around to this song.

“Workin’ for a Livin'” – Huey Lewis and the News

Raise your hand if you hate Huey Lewis and the News! Now, put your hand back down because you love them.

Playing this as our goal song should just about lock up our chances of getting Connor McDavid. This could make our players not want to score goals… or play hockey. Playing this song could put a stop to all goal songs. It’s quite possible that the NHL could fold if we played ‘Nothing’s Gonna Stop Us Now’ after goals. I don’t want that to happen, but you have to admit that it’s possible.

It’s upbeat. It emotes. Red light goes on = killer sax solo. If anything, we might get a chance to see Sam Reinhart swan jump up into Drew Stafford’s arms to celebrate a goal.

Actually, anything by Survivor; ‘Eye of the Tiger’, ‘Moment of Truth’, The Search is Over’…

Just imagine every game as a 5-1 loss, with our only goal coming in the third period. You can’t go nuts because it looks pathetic, but you can ironically celebrate. Everyone loves this song and it encapsulates the overall mission of the season.

There’s no better song title to describe the 2014-15 Buffalo Sabres than ‘Dream Warriors’. I always felt like this song was bigger than ‘Nightmare on Elm Street 3’. And, while I’ll admit that this is a terrible idea, I should point out that you haven’t offered a better suggestion.

Imagine something so terrible that it’s the greatest thing ever…

We’re starting to get away from the point here, which was… umm… this is a really good song.

(Editor’s note: This was way too much fun to think that there won’t be a second edition. Leave your song suggestions in the comments section below.)