Has the Bills’ 0-4 preseason record got you down? Buffalo Sports Fan Life Coach Dan Cave can help. 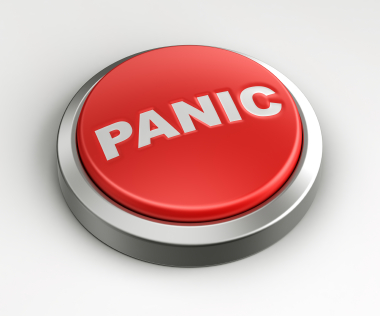 3 Reasons to Reconsider Throwing Away the 2012 Bills Season

How exactly did we get here? The miracle of birth aside, how did we, as a group of Bills fans get here? And by “here,” I mean “picking apart preseason football games with the type of scrutiny normally reserved for…you know, the regular season.” Hints of panic over the last few weeks could be found on your typical Twitter feed during preseason gamedays, phone calls to WGR, and your friendly neighborhood blogosphere.

So how did we get here?

I guess you’d have to go back to a different time. Back when preseason games were given moderate attention and subpar performances by a starter were summarily dismissed because “It’s the preseason.”

So, yeah. Maybe the sense of urgency is warranted. We are DYING for this team to recapture even a semblance of its former glory. Studies have shown that 4 out of 10 men living in Erie County would gladly chop off their thumb to attend a playoff game at Ralph Wilson Stadium.*

*Studies have not actually shown this.

So when this shiny, retooled team that displayed glimpses of promise over bits of the last two years showed up for preseason looking like the Bills circa 2001-2009, some folks tended to (how do I put this mildly?) freak out.

Understandable that fans expected more than a winless August, the offense to show more than a few fleeting signs of life, and the defense to be flat-out dominant. If you find yourself nodding in agreement, I have GREAT news for you: the Bills are 0-0.

Granted, there have been moments of concern, but I’m just not ready to give up just yet. Insane, I know. So, with all of this in mind, if you felt your blood pressure rise or lost sleep at any point over the last month, I offer three reasons to reconsider throwing away the 2012 Buffalo Bills season.

Even so, concern was expressed over the first-team unit during the preseason, specifically following the 98-yard march engineered by Ben Roethlisberger. Unfortunately, no matter how talented your defense is, it will still give up touchdowns and the occasional long drive. These things happen. It’s football. In the regular season, you surrender a long drive, you gather round your position coach on the sideline, he nicely (or not) offers suggestions for improvement based on his perspective, you go back out, and ideally you correct what happened last time. When you give up a long scoring drive before halftime in the preseason, you go back to the sideline and you stay there. Because it’s the preseason. Either way, touchdowns will happen.

Despite that, I feel fairly confident that the defense will be better at holding late leads (see last September against the Raiders), and better at not allowing an offense like Miami’s to have its way with them. Heck, maybe the defense will even help win a game or two. Who knows? Like I said, the season hasn’t started yet! Isn’t that great?!

So, there you go. Yes, the Bills finished winless in August, but what does it all mean? We have no idea. A preseason record is not historically a great indicator of future results. Either way, we’ll all find out together in the months to come. For now, I’m really excited about the fact that they’re 0-0. Join me, won’t you?