A GM’s draft record usually hinges on the performance of their first round picks, but finding a “diamond in the rough” can pay huge dividends.

A GM’s draft record usually hinges on the performance of their first round picks, but finding a quality player in the later rounds can pay tremendous dividends.  Nothing defines “diamond in the rough” like these five guys for the Sabres. 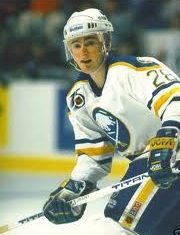 This little guy scored 31 goals as a rookie.

In a productive seven-year career, Pominville has developed into an all-around forward and NHL All-Star. However, he was passed over by even the Sabres three times (Novotny – pick 22, Roy – pick 32, Thorburn – pick 50) before being selected 55th. Of the 2001 draft class, only number 1 pick Ilya Kovalchuk and number 2 pick Jason Spezza have scored more career points than Pominville’s 431.

Remembered fondly for his obliteration of RJ Umberger in the 2006-07 playoffs, Campbell was among the best players drafted in 1997. Campbell’s 365 career points are the most by any defensemen and he’s one of only two defensemen from the 1997 class (Eric Brewer) to be named an NHL All-Star.

Alexander Mogilny was a supreme talent and one of the most electrifying players ever to wear a Sabres sweater. His defection from the USSR paved the way to open the floodgates of young Russian talent into the NHL.  His 473 career goals rank him as the 50th most prolific goal scorer in the history of the league.

Long before he would win the Hobey Baker Award at Michgan State, the Sabres took a flyer on Goaltender Ryan Miller from the Soo Indians of the Northern Lakes Hockey League. Amazingly, there were SIXTEEN goalies drafted ahead of Miller in the 1999 draft.  Only three of the 16 have seen any significant NHL playing time with the most relevant being Ottawa’s Craig Anderson (selected 77th by Calgary).

Miller is arguably the 4th best of the 272 players selected in 1999 draft behind Danel Sedin, Henrik Sedin and Henrik Zetterberg. Damn good value (as draft nerds say) for the 138th pick.