The draft yields the most important building blocks for any great sports team. Wasting a top pick can not only set your team back, but also leave you kicking yourself over what might have been.

The draft yields the most important building blocks for any great sports team. Wasting a top pick can not only set your team back, but also leave you kicking yourself over what might have been.  Here’s a look at the Buffalo Sabres biggest draft busts.

Drafted out of the University of Maine, Heisten never signed a contract with the Buffalo Sabres. He appeared in only 10 NHL games with the New York Rangers and did not record a point.

Despite having an all-time great name, Titanic appeared in only 19 NHL games all with the Sabres.

The kicker: Rick Middleton was selected just two picks later and went on to be an all-time Sabre nemesis while playing with the Boston Bruins.

Savage played in more than 800 games with various minor league teams but only appeared in 3 NHL games.

The kicker: The Sabres passed up a couple other decent wingers who were selected later in this draft. Mark Recchi  and Tony Amonte. 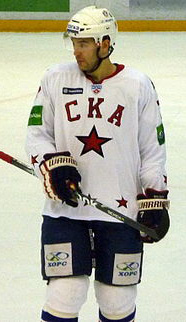 Kryukov never played a professional game in North America, spending his entire career to date in his native Russia.

The kicker: Would have been nice to have either Brooks Orpik (18th) or Anton Volchenkov (21st) on the Sabres blueline instead.

Cooper played just 30 games in the NHL scoring three goals and seven assists all the with the Toronto Maple Leafs.

The kicker: It seems the Sabres have forever searched for a “powerplay quarterback” defenseman and Sergei Gonchar was selected by the Washington Capitals just three picks later.

Zagrapan played three full seasons in Buffalo’s AHL affiliate but couldn’t make it to the NHL. He has since returned to Europe to play in the KHL.

The kicker:  Depth at the center position has been a major problem for the Sabres due in part to the absence of Zagrapan.  Other centers available at the 13th pick included Martin Hanzal, T.J. Oshie, and Paul Stastny. Yikes!

Anderson played 255 NHL games with the Sabres, Nordiques, Capitals, Flyers but was never considered more than a spare part.

The kicker:  “Ooh what might have been” if the Sabres instead selected Vincent Damphousse (6th) or Brian Leetch (9th).