The Sabres were active– like, REALLY active– on day one of NHL Free Agency. Here are the six moves they made (in chronological order) with a brief explanation for each…. 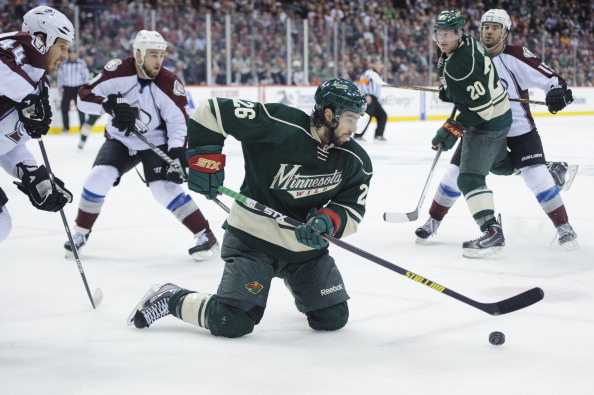 Sabres make 6 moves and we explain them all

The Sabres were active– like, REALLY active– on day one of NHL Free Agency.

Here are the six moves they made (in chronological order) with a brief explanation for each.

The Buffalo Sabres today announced that the team has acquired defenseman Josh Gorges from the Montreal Canadiens in exchange for Minnesota’s second-round pick in the 2016 NHL Entry Draft.

He suddenly added Buffalo to the list of teams to which he’d approve a trade (presumably with the knowledge that the Brian Gionta signing was imminent) shortly after invoking his no-trade clause to wipe out a deal that would’ve sent him to the Leafs.

This notion didn’t go over so well in Toronto. 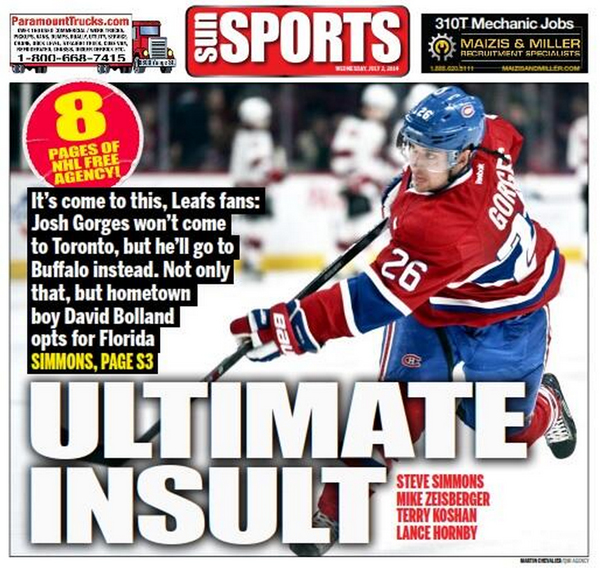 Gorges explains, in The Buffalo News:

“It’s hard to realize after being in Montreal for such a long time that you can switch over and play for the Toronto Maple Leafs,” Gorges said. “Nothing against that organization or that team, but when you build a rivalry it’s hard mentally, emotionally to think, ‘Wow, I’ve grown to hate this team, to play against them. How could I really go and put my heart and soul into it?’

“So I just wanted to take some time before I made a decision. I’ve been thinking about waiving it to go there over the last few days, and then this came up here today.”

He’s a solid pro with leadership characteristics who is locked up for the next four seasons at $3.9 million per. If you need a tutor to help mold your talented kids into real NHL defensemen, he certainly looks the part.

So why is everyone pronouncing Gorges as if it’s spelled “Georges”?

This video is funny.

The Buffalo Sabres today announced the team has signed forward Marcus Foligno to a two-year contract.

He was a Sabres RFA and his new contract is for two years at just under $4 million. That sounds about right for a guy like Foligno while waiting for him to do something— ANYTHING– remotely similar to this again.

The Buffalo Sabres today announced that the team has signed forward Cody McCormick to a multi-year contract.

The Buffalo Sabres today announced the team has signed forward Brian Gionta to a three-year contract.

Somebody’s gotta lead this group, right? Why not snag the captain from a division rival, especially if he grew up right down the street?

The Buffalo Sabres today announced the team has signed forward Matt Moulson to a multi-year contract.

5 years, $25 million sounds like a contract Moulson could’ve signed with just about any club in the league… so why Buffalo? Well, he’s from Mississauga, played at Cornell, and his sister played for Niagara and currently plays pro hockey in Toronto. He must not have hated his time here, even during an atrocious season. A five-year deal keeps him around long enough to be a part of the team when it starts trying to win again. Cool.

The Buffalo Sabres today announced the team has signed defenseman Andrej Meszaros to a one-year contract.

Tim Murray knew him in Ottawa. He’s a veteran who fills out a roster spot and, if things go as planned, is a highly tradable commodity when the deadline rolls around. If you want him back after that, sign him again. (See McCormick and Moulson.)