Clark Judge of CBS Sports was at Bills’ camp in Pittsford and spoke with RB Fred Jackson: “So why don’t more people know about you?” I asked after Wednesday’s walk-through. “I…

Clark Judge of CBS Sports was at Bills’ camp in Pittsford and spoke with RB Fred Jackson:

“So why don’t more people know about you?” I asked after Wednesday’s walk-through. 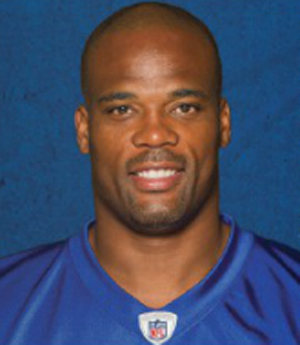 “I honestly don’t know,” Jackson said. “I always wanted to be respected as one of the best in the game. If anything, it motivates me to go out, continue to have success and put my name out there.”

“OK, then, I’ll leave it up to you,” I said. “Where would you rank yourself among today’s backs?”

“I would definitely put me in the top five,” Jackson replied. “We have a lot of great backs in this league, but I’m a back who can do it all. I can pass-block, run and catch balls out of the backfield. With those skills I feel I can be in the top five.“

There was a time when, in an interview, Willis McGahee (reportedly) called himself the best running back in football and Bills fans LOST THEIR COLLECTIVE MIND.  It may come as news to you that the actual quote was a far more innocuous “I want to be the best back in the NFL.  There’s only one thing on my mind right now, and that’s leading the NFL and going after one guy, Shaun Alexander.  He’s on top.”

In truth, there’s very little difference between the Jackson and McGahee responses to the question “Hey, aren’t you awesome?  Please quantify your awesomeness for my readers.”

Yet, I have a feeling the reaction will be a lot more “you tell ’em, FredEx!” than “get out of my city immediately and I’ve never liked you and you don’t really want to be here and we have great bars and stop getting women pregnant.”

It’s nice to be the underdog.