According to Mark Maske of The Washington Post, an extensive search into Gregg Williams‘ history will not result in punishment for either the Buffalo Bills and Washington Redskins. The NFL…

According to Mark Maske of The Washington Post, an extensive search into Gregg Williams‘ history will not result in punishment for either the Buffalo Bills and Washington Redskins. 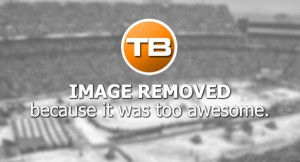 The NFL has no plans to penalize the Washington Redskins over allegations that the team’s defensive players had an improper bounty program when Gregg Williams oversaw the defense between the 2004 and 2007 seasons, according to a person with knowledge of the league’s investigation.

The league has investigated the matter but has not found evidence to corroborate the accusations, said the person, who spoke on condition of anonymity because the NFL has made no formal announcement about the status of the probe.

The league “followed up” but found “no evidence of the type of program that existed at the Saints,” the person said. “Unlike the Saints case, there was no independent, multiple corroboration of statements made in the media.”

NFL investigators also have not corroborated allegations of a bounty program in Buffalo when Williams was the Bills’ head coach between 2001 and 2003, and the league has no plans to punish the Bills either, the person said.

So, the league won’t be levying any fines, taking away any draft picks, or  confiscating any air horns from Williams’ 17-31 tenure in Orchard Park.

In related news, someone seems to have erased “Buffalo Bills head coach” from the “Sporting Positions” section of Williams’ wikipedia page.