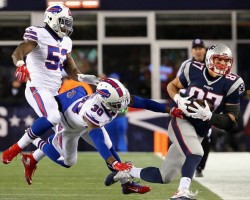 Psychologically, the difference between 3-1 (“SUPER BOWL!”) and 2-2 (“This thing really could go anywhere.”) is monumental. Not only did the Giants drop the Bills to 2-2, they did it in Orchard Park in convincing fashion… at least until you consider the “what ifs.” 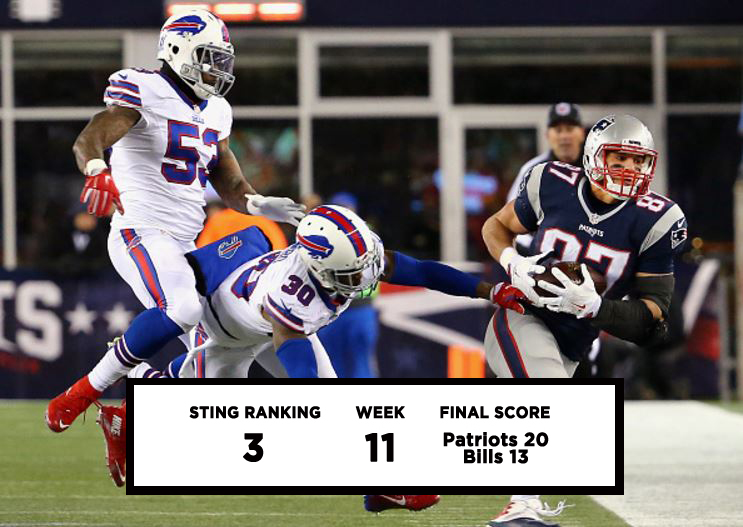 Gillette Stadium is not the ideal setting for your only Monday Night Football appearance of the season. Dreams of winning the division had already died but the Bills sat firmly in the Wild Card mix at 5-4. With a full arsenal on offense and missing just two defensive starters (Aaron Williams and Kyle Williams), the Bills never led but also never trailed by more than 10– an accomplishment in this one-sided series. Down by 7, the Bills took over at their own 16 yard line with 1:51 left in the game. They made it as far as their own 48 yard line with :02 left to play. Then the game ended. Why? No reason at all. The whole final drive was full of BS.

Sammy Watkins was never touched and rolled out of bounds, they should have one more play with 2 seconds left pic.twitter.com/AQF7zmiIc3

It’s always nice to receive an apology from the league the day after a loss. From profootballtalk.com: