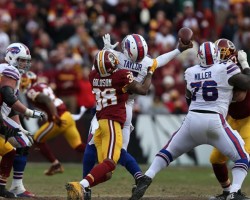 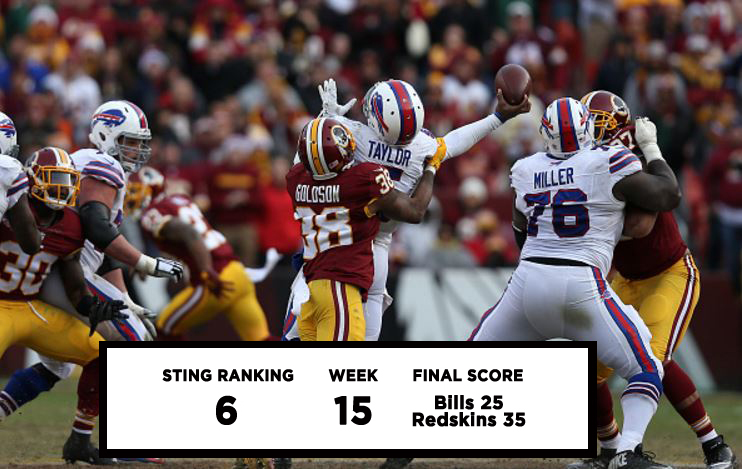 The Skins’ first half offensive display brought back memories of their destruction of the Bills in January 1992. Each of these teams came in with a 6-7 record. If there was a collective belief in the Bills’ playoff chances at this point, the loss would’ve been a lot closer to the top of our list. Make no mistake, this was an awful game to watch. We just didn’t really care anymore. 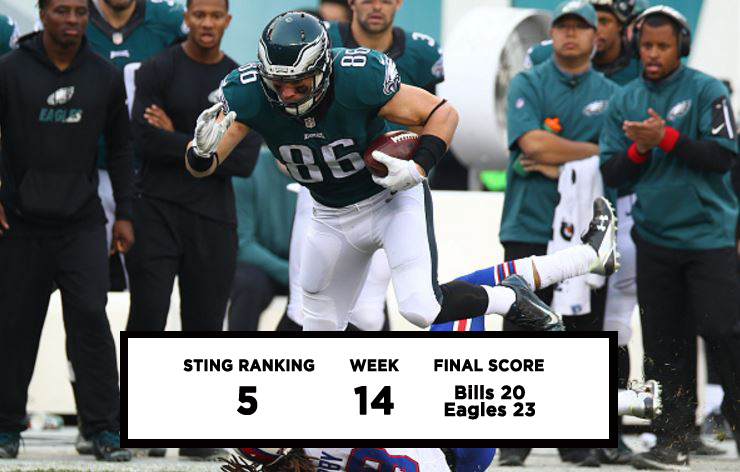 This one was the beginning of the end. The Bills came in 6-6 with a remaining schedule of: at Eagles, at Redskins, home against Cowboys, home against Jets. 10-6 seemed entirely possible. 9-7 seemed likely? This was a standard early-December “go do your job, hope for a little help around the league, and you might wake up Monday morning smelling like a rose” NFL weekend that we’ve come to know very well around here. Contrary to the happy plan outlined in the previous sentence, the Steelers/Jets/Chiefs/Raiders all won. The Bills did not. Nobody believes the “In the Hunt” graphic at 6-7. Yuck.