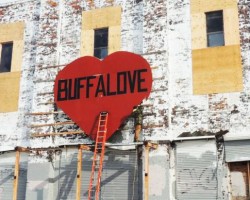 Exploring the bitter battle over “Buffalove”

On today’s podcast, I’m joined by Alan Bedenko (fairly standard) and Stephanie Perry (new and exciting!) to discuss Stephanie’s piece in The Public about the ongoing trademark dispute regarding commercial use of the term “Buffalove.”

Picked up a copy of @PublicBFLO with my Buffalove TM story. The IP lawyers who bought an ad this week lucked out. pic.twitter.com/RBJtgyYqLD

The conversation reminds me that MAYBE I should speak with new people more often. Thanks, Steph!

Side note/piece: As mentioned in the podcast… Alan, Chris Smith, and I discussed Buffalove way back in August of 2013. You can still listen to it right here.

Side note on side piece (from Urban Dictionary):