You were so drunk the drunk place doesn’t want you anymore. 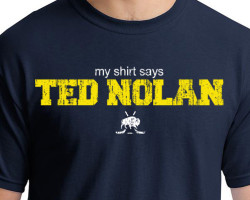 Terry Pegula lies in his prison cell aboard the Death Star. The door bursts open and someone in a stormtrooper uniform enters. The trooper takes of his helmet.

“I’m Pat LaFontaine I’m here to rescue you. I came with Ted Nolan.” 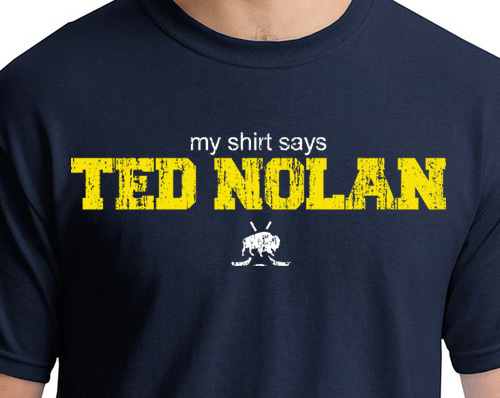 4. John F. Kennedy Is Dead. Here Is How It Relates To Buffalo BECAUSE OF COURSE IT HAS TO

I’m not going to even bother linking to all the crap that is out there, but every single reporter in this goddamned town is thinking of ways to talk about how Buffalo figured in the assassination of the 35th president.

Sometimes important things happen that have not one single frigging thing to do with Buffalo, New York. And this, by the way, is not a reflection on how insignificant we are. Sometimes junk just happens, folks.

Just once can we let an anniversary to a national event pass without having to find some tenuous thread to the damned thing that makes us feel more important? Our insecurities know no limits.

Know what? The Ice Boom can go to hell. There I said what everyone was thinking. EAT IT, ICE BOOM.

A lot of people thought that teachers were just complaining when new state mandates about evaluations were enacted. Why wouldn’t we want to make sure people we’re doing their jobs?

The problem with this is that the other shoe to drop here is the testing the students will have to complete as well. The only way to make sure anyone knows anything is to test the crap out of them. Or so we are told.

Well, the backlash is on in full force in the state of New York. Parents are a little weary of having eight year olds feel the pressure associated with high school age students.

NFL stadiums are essentially Drunk Force One on Sunday’s in the fall. We drunk up, and we drunk up right. Mostly.

Every now and then a certain person or persons will find a way to express their alcoholism in very dumb ways.

(QUICK ALCHOLISM TEST: Does the access to alcoholic drink determine if you attended certain sporting events or other public gatherings? Yes? You alcoholic, son.)

An example of this would be having sex in public. Most likely you are ugly. No one wants to see ugly people have sex. Doing it while ugly AND drunk? Dumb.

Another way to express your dumb alcoholedness is to slide down a railing in the upper deck and fall onto an unsuspecting patron below.

All alcoholics are selfish assholes. But only a select few do things so dumb as to attract national attention, get themselves fired while not even being at work, and get themselves barred from a place where EVERYONE IS DRUNK. You were so drunk the drunk place doesn’t want you anymore.