JFK was important to the people of Buffalo, maybe even more so than the rest of the country. In 1962, 400,000 people came to see him here. Four-hundred thousand. Even if that is exaggerated by double, when is the last time 200,000 Buffalonians were measured doing anything together at the same time– aside from sitting on our collective well-padded ass watching sports on TV? 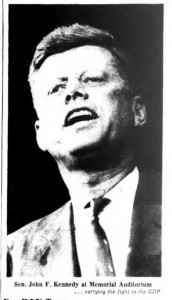 The truth is, I’m on Kennedy overload right now, but I know I have no right to complain about it. For the people who remember, 50 years later, it remains one of the saddest days of their lives, a sadness shared with an entire grieving nation. For most, it felt as if a member of the family had been shot and killed. Not anger, just sadness and grief.
As a little kid in the late 70s/early 80s, the Kennedy assassination seemed to me like the biggest thing that had ever happened in American History.
Everyone knew where they were when it happened. Msgr. Toomey came into my mom’s classroom at St. Teresa’s on Seneca Street.
But it wasn’t just the assassination, it’s who Kennedy was, and what he represented to the people in my family. My dad’s whole school– St. Stephen’s on Elk Street– got to leave class when President Kennedy’s limo came the wrong way down the 190 and got off at Smith Street… Then got right back on again. Kennedy got off the Thruway… so people could see his car and wave. There may have been some other technical reason, but technicality be damned for my 10 year old dad.
Kennedy came to Buffalo twice– as President, he paraded down Broadway and spoke in Niagara Square on Pulaski Day in 1962. There are great photos and memories from this day all over the web, including here http://www.forgottenbuffalo.com/buffalospoloniahistory/pulaskiparade1962.html
But somewhat forgotten, was his swing through Western New York as Senator Kennedy, running for President in 1960, only a week after the famous televised debate against Richard Nixon.
These are some photos from when the dynamic young Massachusetts Senator spent the day our backyard, from the archives of Buffalo Stories LLC and staffannouncer.com, as seen in the pages of the Courier-Express in 1960. 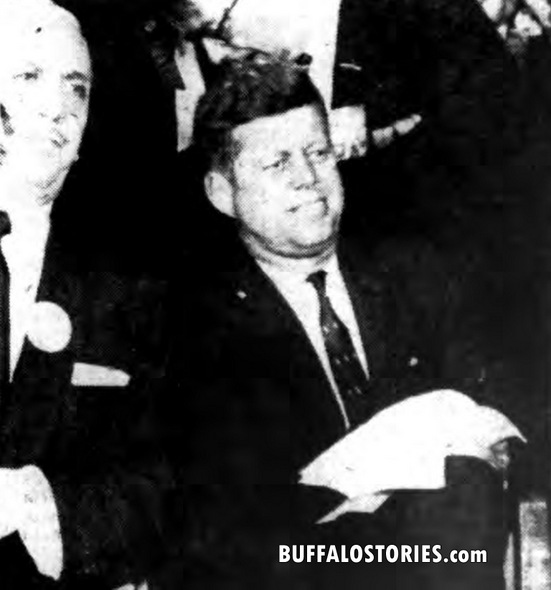 Buffalo Mayor Frank Sedita with JFK at the Aud. 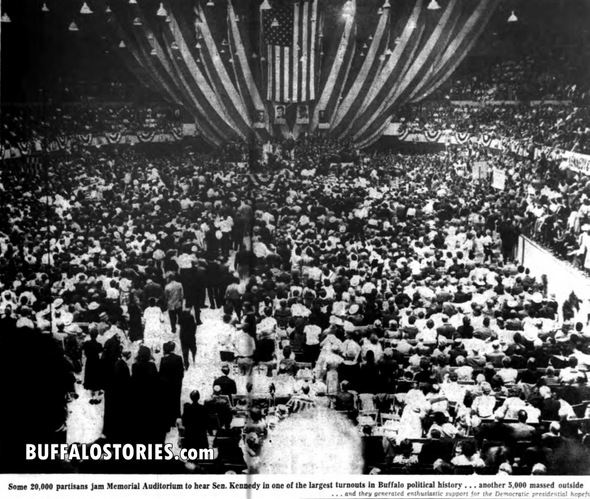 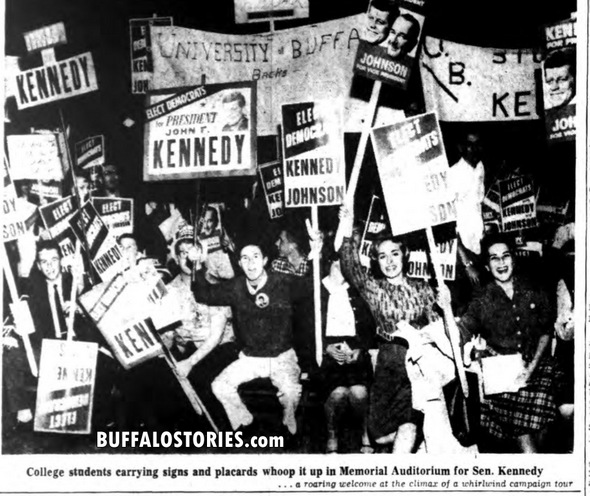 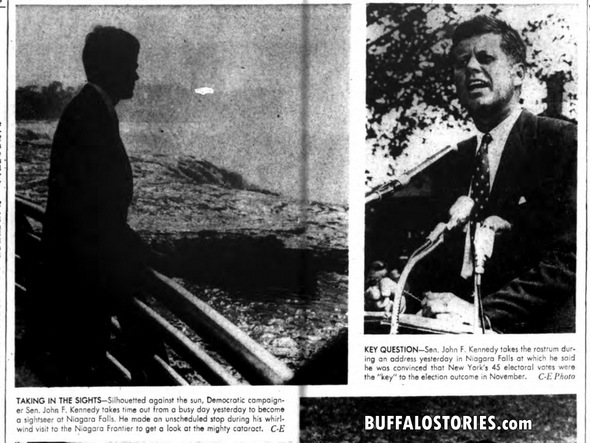 JFK motorcade on Pine Avenue in the Falls

An impromptu JFK speech in Wheatfield

All images from the Buffalo Courier-Express and the BuffaloStories.com/Staffannouncer.com archives