Thank you for your ears and eyes. 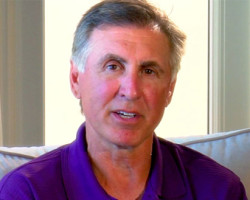 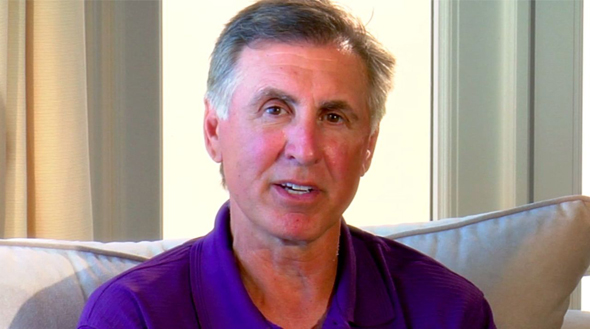 We will do the research for you. Vidkun Quisling was a Norwegian politician that seized power after Germany took over the country in 1940. He embraced the Nazi regime and his name is forever synonymous with the word “traitor”. We accuse Danielson of not just going along with the BCS but like Quisling openly embracing the corrupt system.

Gary was once an average quarterback with the Detroit Lions and became a slightly above average color commentator after his career ended– way back in the “Medieval Epoch of the Dark Ages Period of Detroit Football” just before the “Saragasso Sea Swamp Era of Wayne Fontes.”

In the last few years, something happened to Gary. We don’t know what it was– possibly:

So Gary became a “yes man” on CBS and turned into the biggest apologist for the BCS (Bull Crap Series, Bowl Corruption System, Bloody Cynical Sham, Bad Championship Scheme, Beastly Crooked Scam or Bozos, Crackers & Scumbags) and the biggest windbag touting the monarchical divinity of the SEC– which, of course, is licensed to CBS. It is beyond embarrassing.

A few years ago, Gary went into a diatribe on the air about how great the BCS system was, and any attempt at any form of playoff would destroy the “unique character” of college football. He repeated this dogmatic drivel like a mantra for several years– until last year when they announced that there would now be a four game playoff starting with the 2014 season. And since CBS is a part of that, Gary has suddenly embraced the new concept as a positive development– as long as it doesn’t go too far like actually let ALL the conference winners in or preclude the sacred SEC from getting possible multiple reserved spots in the new four team sham!

*The show is a farce. It often functions as a psychiatrist’s couch for whining big school fans, mostly from the South, who call in to the show bleating about inane concepts like how the state of equilibrium in their confined universe will be forever altered if that carpetbagger from the North, Saint Nicholas of Saban, were to once again lie to the camera and abscond to greener pastures… or to recite the injustices of the BCS as they relate to their particular team. Going over all the mindless apples-to-oranges debates regarding whether a two-loss SEC team is better than an undefeated so-and-so while simultaneously defending the current segregationist format because it mostly excludes the smaller FBS programs and means more money for them, they reject any talk of a real playoff. Yet, they accept next year’s baby step towards one because they have all been reassured that it will mean even more money for the power conferences and more chances for even the SEC/ACC/Big 12/Big 10 runners-up to compete for the National Title– while all the while having no interest in actually dismantling the current unholy post-Reconstructionist Jim Crow setup.

Just this week, Gary was talking to Tim, lamenting the fact that if Georgia wins the SEC this year, they won’t be considered for the BCS title because they would have two losses. That would be a tragedy for all of us,since they clearly would still be one of the two best teams in the Country because the SEC is that much better than everyone else. They should also be given extra consideration since they have had a lot of injuries this year.*

(THAT ACTUALLY IS GOING TO BE A MAJOR CONSIDERATION FOR THE NEW FOUR TEAM PLAYOFF NEXT YEAR. IT WILL BE STUDIED IN DETAIL BY THE CRACK COMMITTEE CHAIRED BY CONDOLEEZA RICE AND POPULATED BY A BUNCH OF BIG CONFERENCE-CONNECTED STOOGES AND BAGMEN.)

And really, isn’t the SEC Champion against somebody else the game that everyone in America most wants to see every year anyway?

” We have drawn them into a quagmire and they will never get out of it. When we were making the law, when we were writing the literature and the mathematics, the grandfathers of Bush and Blair were scratching around in caves We have given you the gifts that enlighten the world… so accept my word as truth. If you disagree, you will be thrown into a crematorium and given the taste of definite death! Or, you will commit suicide like the thousands of your infidel soldiers who have entered our sacred land. Thank You, Allahu Akhbar! God is Great! Thank you for your ears and eyes.”

Transpose some of the subjective nouns and we could be talking about the Bowl Championship Series, ……