“My opinion is that your opinion doesn’t matter.” 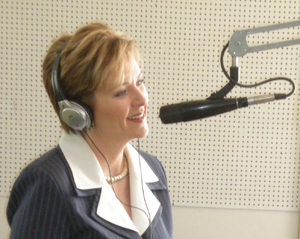 WGRZ’s Maryalice Demler offers a brief commentary on this event as a part of the Channel 2 feature “2 Cents.”

Alan Pergament of The Buffalo News doesn’t like it.

I’ve been on record before saying Demler should stick to reading and reporting the news and stay away from commentaries that don’t say much. I recall one commentary in which she came out against bullying, something that everyone is against. What a tough stand.In the immortal words of the late Howard Cosell, Demler has “the firm grasp of the obvious.”

Her Monday commentary, “The Evolution of The TV News Anchor,” was an unnecessary, inappropriate, hilarious waste of news time and unintentionally validated my point.

I haven’t laughed out-loud so much about local TV news since watching “Anchorman: The Legend of Ron Burgundy,” the Will Ferrell movie about TV news set in San Diego that was briefly highlighted in MAD’s commentary and an apparent example of her research.

Demler’s latest commentary was an astonishing display of ego and self-importance, even by the standard of news anchors. I was almost waiting for her to claim that she was a a woman who invented the wheel and built the Eiffel Tower instead of Burgundy.

We can talk through all of this, at a much higher rate of speed, right here on the TB podcast.