This week’s Bachelor Recap was written by WGR’s Jeremy White. (Greg Bauch “needed a break” from his “life” so he’s on “vacation.”)   I’ve watched the Bachelor before. I’ve also… 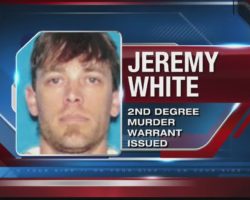 This week’s Bachelor Recap was written by WGR’s Jeremy White. (Greg Bauch “needed a break” from his “life” so he’s on “vacation.”)

I’ve watched the Bachelor before. I’ve also had the privilege of reading Greg’s recaps, but none this year. I’m coming in COLD. I’m not sure if it’s an honor to be asked to fill in, or if it’s some way for Greg to tell me that he hates my guts. This is very much a, “Holy shit this smells awful…. here smell it” kinda moment. Thanks, Greg.

I’ll start with a disclaimer: I have not seen any of this season so this will be my evaluation as “a set of outside eyes”. I know that Corinne is insane. I also remember Nick from his original go-round and my feeling at that time was… psychopath. Nick makes me more uncomfortable than any other contestant. Am I alone in that feeling?

Anyway, let’s get to the hot tubs and helicopters as we go down this collision course where Nick pairs with his psychopath-soulmate Corinne. The two of them are dining when Taylor returns from her dismissal and pulls Nick away to talk to him to tell the truth about Corinne.

This is the time in every season where a contestant or a group of contestants pleads with the bachelor to come to his senses. He’s on a television show where women throw themselves at him, he flies around the world, tries to bed as many as he can without being too trashy, and yet here is Taylor attempting to appeal to his sense of integrity and/or honesty. Sounds like a great plan, Taylor.

Taylor’s speech falls on deaf ears, and Nick goes back to dinner with Corinne. She calls Taylor a bitch. Corrine is most definitely a bitch. They leave and stop to kiss in an alley. It’s the kind of alley that you get your engagement pictures taken in, just because it has what looks like those Edison bulb things. We now have those in my dining room. Gotta say, it’s a nice look.

Corinne has a rose, so at the rose ceremony that immediately follows, she’s safe. As a first time writer of a review, I gotta say, this rose ceremony is a bit early in the game for me. I’m not prepared for this… RAVEN says the girls are all pretty confident. There’s a girl named Raven? Of course she’s confident.

I can’t imagine this is going to help them emotionally. Jasmine cries because she isn’t going to get a chance to tell Nick how she really feels. The ladies line up so that we can get some live dumping on the air.

THREE girls get axed?! In one shot? What the hell did Greg do to me in leaving me with this? I’m 12 minutes in to a 2 hour show and I’m down three girls?

It was a blur… three girls got kicked out, Jaimi, Josephine, and Alexis, the “Aspiring dolphin trainer”. Today I learned that is an occupation. She should have signed off the show by saying something like, “Now I can really get back to focusing on the dolphins” or “Am I happy about this? Eh-eh. Eh-eh”.

No time for that though as we’re off for St. Thomas!

Nick flies in on a sea plane… and reads the things he’s supposed to say off the card handed to him. “St. Thomas is the perfect place to fall in love!” The girls check out their new lodging, seemingly excited by the existence of furniture. BEDS! A COUCH! A balcony! They look out to see a plane and wave as Nick flies by.

Nick picks Kristina and says he’s excited to see what the date does for their relationship. Maybe a big step where after they follow each other on Instagram? Also, how is it none of these people is on their phones? Shouldn’t there be live and real-time drama over who liked another person’s photo?

While they’re gone the Jasmine show hits Act II. She’s talking. She’s still talking. The other girls are tuning her out at this point. She’s. STILL. Talking. She’s crying because a man that has 10 girlfriends isn’t giving her attention.

Lunch with Kristina is… can I say fascinating? This girl is interesting. She talks about her family back in Russia and actually says, “She has child.” Kristina talks about her homeland, her family, and what it’s like to have moved away.

Nick, ever the detective, opines “I get the sense it’s a huge part of who she is”. He also asks for a kiss.

“This might be the night that Cristina and I fall in love”. This psychopath thinks he can nail it down to one night in St. Thomas. He just got to the point where he was ready to acknowledge that her Russian family and 19 brothers and sisters might be a part of her life. He says the key is to share some intimate moments.

Back from commercial we get a fun geography lesson from the group of girls . Not Russia, but about Denmark! The one girls says, “Denmark used to own this island…”

It went over like a fart in church. Girl, unless you’re talking about the island, or Nick, or why another girl is wrong for him, you best keep your mouth shut.

Sun sets on the date with the Russian chick. She tells an incredible story of growing up poor, and eating lipstick. She ran away from home. She grew up in an orphanage. This woman is fascinating. What the hell is she doing on this show? It’s a great opportunity for psychopath Nick to attempt to show emotion. He successfully pretends to have tears. Nick’s emotion are as believable as a pro wrestler that pulls out a razor to get some blood out of his own forehead. I’m betting he goes for the tongue within 20 seconds.

He gives her the rose.

He then takes her Russia-US comparison of black-and-white to color, and reuses it in making their budding acquaintance the US, in color. He’s horrible.

Group date time! When you’re dating 6 girls at once you have to weed through the bullshit with questions like, “Halloween or Christmas!” and “Chocolate or Vanilla?” Vanessa was very excited to say she prefers chocolate.

The girls play cornhole and that gives way to 3-on-3 volleyball after everyone gets hammered.

Corrinne gets hammered… leaves the game, and they blur out her butt. Everyone hates their lives the entire time they’re playing volleyball. This is one of the moments in the show where contestants realize that they shouldn’t subject themselves to this nonsense. The wackos keep competing, but those that still have souls, bounce. The whole group ain’t having it. St Thomas may be the perfect place to fall in love, as long as you don’t play volleyball. Make a note.

Nick has it under control though. Listen, if there’s one way to fix a 6 girl date, it’s taking all 6 to dinner. He cheers-es to the 6 of them, and steals Rachel for a conversation. Nick tries to tell her that she has no chance. He’s too afraid to say it. He’s a psycho that wants to appear to be awesome to everyone. After Rachel, Nick does the rounds. He takes them one by one to console his 6 girlfriends on the bad volleyball group date. This is probably about the time that Greg starts to hate himself during the recaps.

JASMINE MUST BE STOPPED.

Jasmine is now like that guy Dale on the early days of The Walking Dead. I watched that show for a while and couldn’t wait for a zombie to eat his brain. Jasmine is the same. She’s been in my life for an hour and 12 minutes and I’m done.

Jas claims she’s going to warn Nick that she is not to be overlooked. Nick takes her aside for their talk, and the blitz is on. It had to be the worst 2 minutes in television history. She wants to choke him. She attempts to choke him. She crosses the “I swear I know this sounds crazy but I promise I’m not crazy and I KNOW A CRAZY PERSON WOULD SAY SOMETHING LIKE THAT BUT HOLY SH—— I JUST WANNA CHOKE YOU!!!! BUT I THINK I AM IN LOVE WITH YOU!?!?!? AND I’M NOT CRAZY! ” threshold and… she’s done. Holy crap.

These guys always wanna be nice. Nick says Jasmine isn’t someone he sees himself spending his life with. LIFE? I wouldn’t want to share a cab? Why can’t Nick say it? “Cripes that chick is nuts!” Just say it!

I’ve decided this is the most unrealistic part of the show. If you have someone you go on 3 dates with, and then that happens, there’s usually a “peace out PSYCHO” text lobbed one way or the other.

“Right when she decided she wanted to choke me I figured, nah… not my type.”. Instead he has to wax about how it’s unfortunate.

Next week’s episode will be cut from 2 hours to 1, because they wont’ have enough content without Jasmine pining for a guy she just met.

******
Back from the group date, we’re off to a 2 on 1 date… they both hate that they’re there. That can be fixed with a helicopter ride to a beach with a bed dangerously close to the tide.

They place a couch on the beach, and it appears that it could be washed away at any moment. This ups the danger factor, and of course intensifies the feelings of love.

Who loves short shorts?!
Shout it with me: NICK LOVES SHORT SHORTS!

Seriously man… feel free to drop those to the knee like, oh I don’t know, EVERYONE?

He talks with the one girl, then leaves her to go dump the other one? I’m getting a FIFTH ejection?

Nick tells Whitney that she’s amazing and dumps her. Whitney claims that getting to know one another might have helped the relationship. Nick doesn’t care.

Nick and Danielle leave Whitney on the beach where I presume her punishment is that she must swim back to civilization. Tune in to the Women Tell All to find out if she made it back.

With Whitney gone Nick and Danielle get some time together. He says she’s falling for him. Nick says… he’s not into it.

I’M GETTING ANOTHER GIRL KICKED OUT!? That’s six just tonight!

He tries to be nice, and be liked by saying that he WANTS it to be her that wins, but she’s not going to win. Baby if it were up to me I wouldn’t be dumping you but, you’re dumped.

After Danielle leaves Nick sits at the table alone and fondles a rose.

Next week – More crying… everyone appears to be crying. Oh, and Corrine aims to bang Nick.

She drops these two on us:
“My sex abilities are top notch”
“My vagine is platinum”.

I’m not watching next week.

Thanks Greg. You’re a real pal. At least your return is going to include a platinum vagine. Vajean? Vujheen? Look into it.

Thanks for having me. I can’t believe I wrote this much. I’m going to go force myself to throw up.