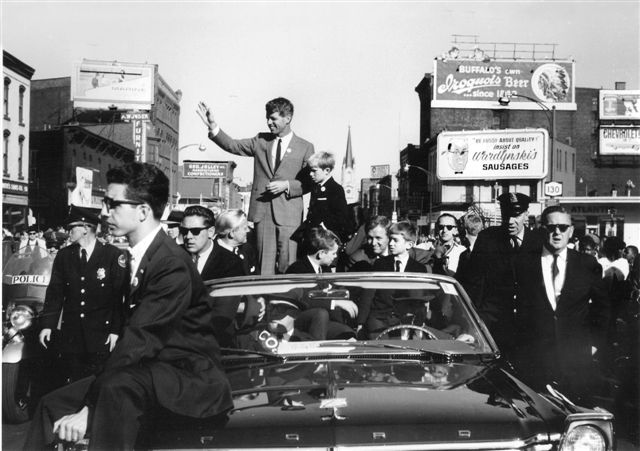 A man ahead of his time

He was a photographer, who like me shared a love of Buffalo Broadcasting, worked in the field for a few decades, and knew– as it was unfolding– that he was watching something important unfolding in front of him daily.

He started at Channel 4  as a lover of photography and teen technician in the 1940s and moved onto Channel 2 where he started the news film department in the mid-1950s.

For decades, these jobs put him on the front lines of some of the really amazing things that were happening in what was then America’s 15th largest city. Behind the scenes at Buffalo’s big TV stations as well.

Through the years, he sent me dozens of photographs along with some sort of brief description of the shot. As is usually the case, many of the photos are amazing not only for the intended subject, but the background and surrounding scenery, too.

His access to free or low-cost film and developing at work, and the consistency with which he carried his still camera through various jobs he was working, give us a bit of a glimpse of what it might have been like to follow a television reporter or videojournalist on Facebook or Twitter 60 years ago. Just like someone whipping out their cellphone for a quick pic while doing their actual job, many of Jack’s photos were taken while shooting moving pictures for WGR-TV.

Importantly, he not only took these shots, he saved them all these years. Even more importantly, he then shared them, mostly with fellow historian Marty Biniasz and me.

Here are a couple of shots, with Jack’s notes and then some further explanation. 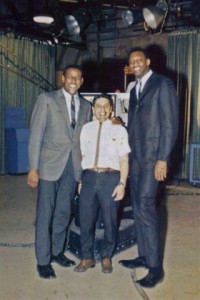 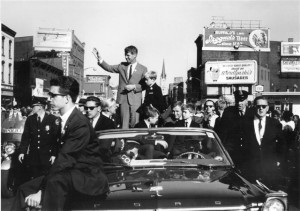 “I received a thank you note from Kennedy after fullfilling his request to send this photo and others….similar.”

Shown: Robert Kennedy’s campaign car takes him through Buffalo’s East Side and up Broadway, 1964 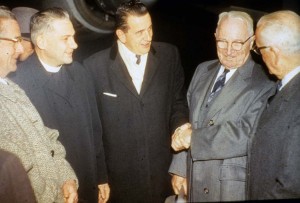 “I shot silent footage at his arrival and departure at the Bflo. airport and S.O.F. at Canisus College.”

Shown: Buffalo Mayor Chet Kowal shaking hands with Former President Harry Truman on his way to a Canisius College speaking engagment, 1962. (S.O.F. is “sound on film,” silent film was far less expensive, so sound was only shot for news purposes when necessary.)

Details of Buffalo history aren’t all that I learned from Jack.

Jack and I had a falling out. He was insistent on something that didn’t fully make sense to me. I reasonably refuted a tad, he got passionately angry. I passive-aggressively pushed back again.

If you read through the emails, I think anyone would agree he was acting like a jerk. What I didn’t know though, was that he was really sick. Had I known, I probably would have cut the passive aggressive sort of crap. I did my best to try to make amends with him. I said all the right things, and really meant all that I said. It was too late though, as illness had taken a good grip on poor ol’Jack.

Now we weren’t close friends, I’m not even sure that we actually met in person, but knowing that I didn’t do all that I could have to aid a brother in trouble, leaves me greatly troubled. Just because he was outwardly acting like a jerk, didn’t give me permission to be jerky–less jerky, but still jerky– back.  He was sick, that was his excuse. I don’t have an excuse. Without the details, I posted about it on Facebook.

As my friend Libby commented on Facebook, “That is real wisdom. (Wisdom is sometimes accompanied by an uneasy feeling.) (It never seemed that way for Andy Taylor or Cliff Huxtable, but I have found it so in real life.)”

So thanks, Jack for capturing so many fleeting Buffalo memories on film. And thanks for bearing with me while I learned a tough lesson in humility and compassion which will serve me, and the people around me, well into the future.

Buffalo Journalist and Historian Steve Cichon brings us along as he rambles about just about anything twice a week on Trending Buffalo.