I wasn’t in town to watch the Bills/Steelers preseason game as it happened.  I followed along online as the Bills took a 7-0 lead and then started giving up points,…

I Must Have Recorded The Wrong Bills Game

I wasn’t in town to watch the Bills/Steelers preseason game as it happened.  I followed along online as the Bills took a 7-0 lead and then started giving up points, never to score again.  I took in the score, combined it with the social media reaction, and thought “I’m not missing much.”

Thanks to technology, the game would be waiting for me at home.  I had programmed my DVR while hurtling through the historic Central Leatherstocking Region on the New York State Thruway.  (I was in the passenger seat, so it’s cool.)  After an exhausting weekend of thoroughbred racing, golf, and fantasy football in and around Saratoga, New York, I settled in late Sunday night to watch a preseason (ugh) football game of which I already knew the result (double ugh.)  Oh, and the result was a lopsided Bills loss (several more ughs.)  I made it through the first half and stuck around to see Vince Young’s first pass attempt land in the hands of Troy Polamalu.  It was 2AM.  I decided that I’d had enough.

I’ll likely go back and watch the 2nd half tonight but not because it matters.  I just have the same disease that afflicts many of us this time of year.  I want to watch football.  Preseason football kind of looks like football.  It’s the best we can do.

What I saw doesn’t seem to match up with what I’ve heard.  With that in mind, here are 6 things I took out of the “game.” 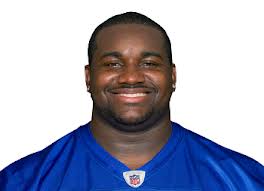