Another Sabres season is underway and it is time for all of us to pour out our anxieties and frustrations during the sixty allotted minutes every night. This season, perhaps more than… 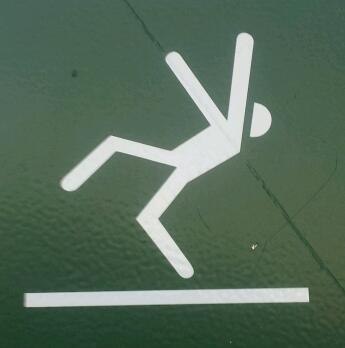 Another Sabres season is underway and it is time for all of us to pour out our anxieties and frustrations during the sixty allotted minutes every night. This season, perhaps more than any because of the compressed schedule, may see more violent shifts in perception of our team.

Like, tonight the Sabres play the Maple Leafs up in Toronto and, like, they just played man! No sleep until Brooklyn, comrades.

I’m pretty sure it’s going to take between 53 and 60 points to make the playoffs this year. I know that’s a wide point spread, especially since this season only has a maximum of 96 points instead of the standard 164. A conference-exclusive schedule makes me unsure of where exactly the cut line will land.

Since 2007 the average 8th place team in the East won about 54% of the possible points available. So this year’s target if you want to make the playoffs – should that percentage still hold up – is around 53 points. 60 just to be safe.

And hey dawg the Sabres have themselves two whole points already. They need 58 points in 47 games – or 60% of their remaining points. Mathematics.

Thomas Vanek dropping five points a game will help towards that tremendously. Let’s talk about this guy for a second.

No, Thomas Vanek is not fast. He doesn’t have a second gear and can only occasionally get out of first. This is not why the man makes the cash money. Vanek’s asset is his strength in front of opposing goaltenders. He almost had a tip in goal against the Flyers by redirecting a shot from the point. He is nearly impossible to move in front of the pipes. Now that Tomas Holmstrom is retired, he may be the best in the NHL in that regard. It has been position on the Sabres power play for who knows how many years. It was a pleasant surprise to here the play-by-play crew from NBC express surprise that a player like Vanek would charge the net. You can now ignore everything they ever say because they clearly don’t pay attention to anyone.

Thomas Vanek after the 5-2 victory over Philadelphia on Jan 20.

Throw in that he has some sick dance moves when he gets into open space and Vanek can always explode for monster jams like he did against Philadelphia. Really, I’m surprised it took this long for a game like this to happen for him. Poppin’. Electro-shockin’ even.

We should not expect Vanek to score 240 points this year. But hey 48 points would do his team a solid. A point a game clip makes you a good player. I know I’ll get close to that rate out of Jason Pominville because the man is rock steady. I get it out of two players and all of a sudden you have a line. Get it from three players and you have a wrecking crew.

But are they any good? No! No one is! That’s the best part! The whole first period of the Flyers game was a bunch of guys falling and misplaying a rubber disk on ice. It looked slippery out there. So get those points while you can, because until teams get set it could be anything goes!

This is going to be a blast.