You may have heard colleagues speaking about it at work. Perhaps your friends are looking for a way to get more people in on it. Maybe your family is fully… 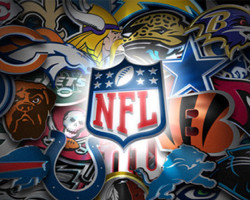 You may have heard colleagues speaking about it at work. Perhaps your friends are looking for a way to get more people in on it. Maybe your family is fully invested in it. What’s got people talking? Fantasy Football! In fact, over 33 million people play Fantasy Football each year. With such a remarkable following, it’s evident that Fantasy Football has been taking the sporting world by storm, one fan at a time.

The first ever Fantasy Football league came to be in 1963. An Oakland businessman by the name of Wilfred Winkenbach was the original founder of the concept and soon brought the idea to the attention of friends. Starting out with only a few members, the growth of Fantasy Football was a gradual one. By 1997, however, CBS launched a free version of fantasy football on their website, and the game became popular with fans, leading to the NFL launching their very own version in 2010. Today, it is considered to be the most important marketing tool for the NFL worldwide.

Fantasy Football leagues and gameplay come in various forms. Fantasy leagues can play each other in different ways, players can be chosen through various rules and many types of prizes can be won. Drafts take place every year, just as they do in real football. As Fantasy Football has grown to epic proportions, drafts sometimes require in-person meetings with people flying in from different locations.

These days, Fantasy Football is a major source of entertainment in North America. As much as new bingo sites like luckycowbingo.com, are generating incredible momentum in the gaming world, Fantasy Football also stakes claims to millions of fans. Magazines and publications, television programmes and mobile applications are available to track leagues and their wins. Americans spend over $800 on fantasy sports products, in general, making this a hugely lucrative niche bracket of today’s sports industry.

The premise of Fantasy Football stands on the fact that players can be chosen by the fans themselves, adding a level of control that is otherwise lacking in real-life sports. It allows people to feel like they have a say in a hobby they are hugely invested in. Additionally, as the NFL and other similar sports have an element of glamour to them, fans are able to tap into the untouchable nature of it all via Fantasy Football. This makes it appealing to those who enjoy sports both for the level of skill required and for the element of celebrity involved.

Additionally, Fantasy Football serves as a quick and easy way to enjoy the game without a long-term commitment. Participants simply prep their lineups once every week over a four month period, which is much less of a time investment than following an entire season of football. With easy access to statistics online as well as through publications, it’s also convenient to keep track of progress.

Fantasy Football has built a remarkable following throughout the years. With the advent of new technology and a greater amount of fans, its popularity continues to rise. And if you have the chance, why not create the fantasy team of your dreams?