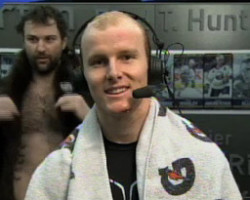 Why try? I’m not going to try. In fact, I’d support a limited military junta taking control of the WNY area extending out to Wyoming County. We clearly aren’t responsible enough to support democracy. It was a nice go, though. Good job, good effort everyone.

I mean look who the mayor is. Name something he has done as mayor besides get some face time on Terrell Owens’ reality show. No, go ahead and Google it. I’ll meet you back here on Tuesday.

4. Getting Excited About Bands From The 90’s

Everyone here is old. “Holy crap, Guns N’ Roses are coming to town! And only twenty years after being any good!” We are celebrating music from a period when pretty much everyone agreed Rock and Roll died. WE KILLED MUSIC YOU GUYS. THE EVIL IS INSIDE US.

(Editor’s note: For insulting GNR, The Defenseman has been suspended, with pay, until next Friday.) 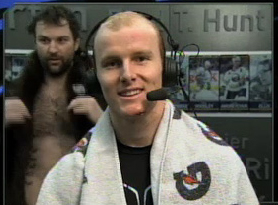 No, not the child in the front. The animal in the back.

I mean there could be worse things you do in the off-season. Like claim that you have been rebuilding since last year when you tried to sign two of the most high priced free agents in the summer. Or that the local fan base is going to have to go through some suffering even though its sports and no one suffers and even if we did we’d be pretty aces at it by now. I mean, come on man, who are we… what? What was that?

Hey, we’ve got our own little Best Of I MEAN IT IS THE TRENDING BUFFALO AWARDS THING voting for social media and what not. Don’t vote for this column. It isn’t meant to be taken seriously… much like your romance skills. Boom.