I haven’t slept in two days. Remember last night when ABC didn’t tell us whether the 25 men had voted for Kaitlyn or Britt as the Bachelorette? Well, I tossed… 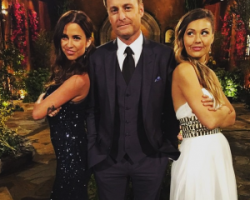 Bachelorette Recap – Getting Dumped by your 25 Boyfriends 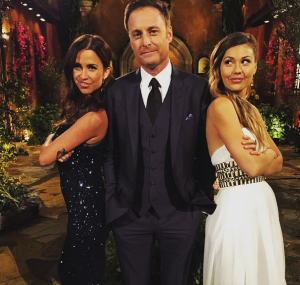 I haven’t slept in two days. Remember last night when ABC didn’t tell us whether the 25 men had voted for Kaitlyn or Britt as the Bachelorette? Well, I tossed and turned and threw up because I was so nervous about the outcome of last night’s vote. You guys were nervous too, admit it.

Britt hears the news and takes it without bawling or slapping Chris Harrison. I’m disappointed. She tells Chris Harrison that she appreciates being allowed to be a part of getting dumped by 25 men. Who wouldn’t?

They don’t even let the men who voted for Britt say goodbye to Britt. They just shove her into an ABC limo so she can cry to the ABC cameras. And, with Chris Harrison out of the picture, she does cry. She lets loose in pure Britt fashion. There’s lots of Britt tears. She tells the camera that she’s confused about the outcome of the Game Show where she was to date 25 men and systematically dump some of them and make out with others in front of cameras. We’re all confused, Britt.

When Chris Harrison walks up to break the good news to Kaitlyn, she goes to hug him but he doesn’t hug back. It’s awkward. Harrison tricks her with the whole “I have some bad news” thing. He’s such a goof. Chris Harrison is the biggest goof, you guys. So, Kaitlyn is the Bachelorette.

In a moment that will prove to be the most amazing moment in television history, Chris Harrison tells Kaitlyn that he wants her to find love and actually says, “I promise I will do everything in my power to help you do that.” I apologize in advance because I’m going to cut and paste that quote into every recap I do for the rest of my life.

Chris Harrison leaves Kaitlyn for a moment so she can “process” being the Bachelorette. She processes it. It’s processy. Kaitlyn calls her mom and tells her that she’s so excited that she might throw up. I might too. Kaitlyn’s mom tells her to “go find my future son-in-law.” It’s a touching moment. I hope her mom’s watching when Kaitlyn grinds on one of these honeys in a hot tub.

Chris Harrison introduces Kaitlyn to the guys. He must be exhausted doing all of this work tonight. I hope Chris Harrison is hydrating. The guys cheer for Kaitlyn. The men who voted for Britt do not storm off and refuse to see Kaitlyn because they chose Britt. They want to be on TV to date their second place prize. I remember the woodchuck freezer, plant kissing, black eye guy wanted Britt. He doesn’t leave. This is crap.

I think, if you were smart and you wanted Britt, you’d chase down her limo and tell her you left the show for her. It would be a 100% chance of success. These guys are idiots.

Kaitlyn mingles with her 25 boyfriends. The Bart Simpson haircut welder guy gives her a steel rose that he welded with a hot torch. Kaitlyn is turned on by her steel rose. I make it a point to learn to weld.

Jonathan the super nice black guy is nervous because he was on team Britt and Britt no longer exists. The Britt guys hang out and talk about the lack of Britt. One of them says, “Were you hardcore on Britt?” I might just use that phrase in conversations.

Jared pulls Kaitlyn aside to tell her that he voted for Britt. It’s a smart move because the Kaitlyn guys are going to use their Britt info to throw the Britt guys under the bus all season long. If any of you guys were Britt guys, I will totally use it against you. I was Team Kaitlyn all of the way. I was hardcore on Kaitlyn.

Kaitlyn is worried about the Team Britt guys. She pulls a bunch of them aside to ask them if they’d drop their no-trade clause and accept a trade to Team Kaitlyn. Sports quote filled.

JJ tells Kaitlyn that he has always been captain of Team Kaitlyn and that he has a 3-year old son. Kaitlyn says that she’s super into him after learning of his dadness.

The first slurp of the night goes to Chris. He’s a dentist and the cupcake car driver. Note to self: get a cupcake car and a 3-year old son. Girls be into that. At least Canadian girls who like dirty jokes. 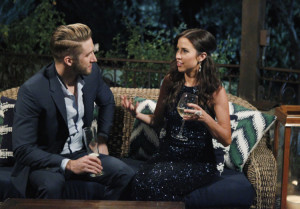 The Rose Ceremony is next. Kaitlyn has to dump a bunch of her boyfriends. She’s nervous. We’ve all been there. The hour is almost over and still no one has addressed the fact that the woodchuck freezer, plant kissing guy has a black eye. This show has no rules!

Just as the tension from the ceremony is about the explode the earth, Kurt or Bert or Tex or whatever, the country music singer/songwriter/douche interrupts, pulls Kaitlyn aside and asks to speak to her privately. This show has no rules! None!

Kurt Bert tells Kaitlyn that he was impressed with how she has handled being the Bachelorette. He confesses that he’s Team Britt and that he is dumping Team Kaitlyn to go off and find Team Britt. Finally! Someone did something that I thought they should do. I can’t believe that happened. I feel bad that I said bad things about Kurt Bert and never bothered to learn his name. To make up for it, I’ll download his new single on i-Tunes.

The Rose Ceremony continues. None of the other guys dump Kaitlyn. The stripper says, “I don’t think I can put into words how bad I don’t want to go home tonight.” I don’t think he knows a lot of words, so that’s believable.

When the roses are all handed out, the heartbreak sets in. Hot tub car goes home. At least he still has a hot tub car. Stripper guy goes home. He can’t put into words how he feels. I can. He feels bad.

The last three minutes are spent previewing the terribleness that we’ll witness all season. It’s like seeing into the future. The future is terrible. Kaitlyn is ready to find love. ABC brings back a dude named Nick who was awful to a former contestant. Kaitlyn has sex with someone. She tells her boyfriends. It’s the MOST DRAMATIC SEASON OF THE BACHELORETTE EVER!

Also, Kurt Bert goes to Britt’s hotel. Please stop reading these recaps so I can stop.